The arrival of Perth’s Optus Stadium on the international scene in January 2018 increased the total number of men’s ODI grounds in Australia to 19. Of these, as many as seven grounds have ended up hosting just a solitary ODI each. Here is a look back at these forgotten venues’ trysts with the international game, in chronological order.

Three years before the Bellerive Oval made its ODI debut, Hobart saw its first international clash at the TCA Ground. The West Indies took on Sri Lanka in a World Series Cup match, and duly secured an eight-wicket win. Despite captain Duleep Mendis’ quick 56, Sri Lanka could only muster 197/7, which was surpassed in 40.2 overs thanks to fifties from Gordon Greenidge (61) and Richie Richardson (52*).

Another Tasmanian venue hosted an ODI the following year, it being the last league match of the World Series Cup. With the winner set to meet Australia in the finals, India posted 202/9 in 48 overs before restricting New Zealand to 168/9 in a rain-revised 45-over chase to win by 21 runs. The NTCA Ground has a special place in cricket history, as it hosted the inaugural first-class match in Australia in 1850-51. 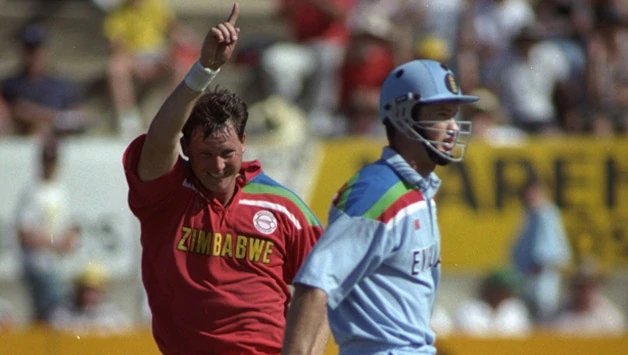 For the third year in a row, a ground in Tasmania played host to a World Series Cup fixture not involving the home team. This time it was the turn of the Devonport Oval, where England needed to beat the West Indies to qualify for the finals. A solid 76 from Chris Broad was the cornerstone of England’s modest total of 177/9, which proved enough for a 29-run win, as the West Indies were dismissed for 148 in reply.

The 1992 World Cup in the Antipodes featured five new Australian venues, of which the first in line was Harrup Park (also known as Ray Mitchell Oval) in Mackay, on the east coast of Queensland. The contenders were India and Sri Lanka, and the game was reduced to a 20-over affair due to a lengthy rain delay. However, the heavens opened again just two balls into the first innings, leaving India at 1/0.

The Victorian city of Ballarat witnessed England lock horns with Sri Lanka in the only ODI it hosted. Sri Lanka, searching for their third win at the 1992 World Cup, were thoroughly dominated by England with both bat and ball. Neil Fairbrother (62) and Alec Stewart (59 in just 36 balls) propelled England to an imposing 280/6, to which Sri Lanka replied with 174 in 44 overs, with pacer Chris Lewis taking 4/30.

For the third time at the 1992 World Cup, Sri Lanka were one of the two teams to play at a first-time Australian venue. As was the case at Ballarat, they endured a sizeable defeat, this time at the hands of the West Indies. Phil Simmons brought the South Australian town of Berri alive with 110 from 125 balls, which carried his team to 268/9. Sri Lanka’s innings faltered after a solid start, eventually ending at 177/9.

This was the last league match of the 1992 World Cup for both teams. England had already secured their passage into the semifinals, while Zimbabwe, then an Associate side, were looking for their first win. As it happened, the only ODI played in the city of Albury in New South Wales produced one of the most memorable World Cup upsets, as the spirited Zimbabweans prevailed in a low-scoring game.

Zimbabwe folded for 134 in 46.1 overs, with captain David Houghton (29) top-scoring. Fast bowler Eddo Brandes removed Graham Gooch off the first ball, before going on to finish with 4/21. Fairbrother and Stewart put on 52 after having come together at 43/5, but this was going to be Zimbabwe’s day. The end came off the first ball of the last over with the score at 125, giving Zimbabwe their second ODI win.