Afghan off-spinner Mujeeb Zadran became the youngest bowler to take an ODI five-wicket haul last week, when he took 5/50 in his team’s series-clinching ten-wicket win against Zimbabwe at Sharjah at the age of 16 years and 325 days. In the process, he broke the long-standing record held by Waqar Younis. Here is a look at the five youngest bowlers to have taken five wickets in an ODI.

Leading 2-1, Afghanistan secured the five-match series in clinical fashion. Their thumping ten-wicket win was set up by Mujeeb, who collected 5/50 in his ten overs to become the youngest bowler ever to take an ODI five-wicket haul, at the age of 16 years and 325 days.

Mujeeb removed the Zimbabwean openers within his first two overs, and then struck twice in two balls in his second spell, before finishing the innings off with his final delivery in the 38th over. Afghan openers Mohammad Shahzad and Ihsanullah attained the measly target of 135 in less than 22 overs. 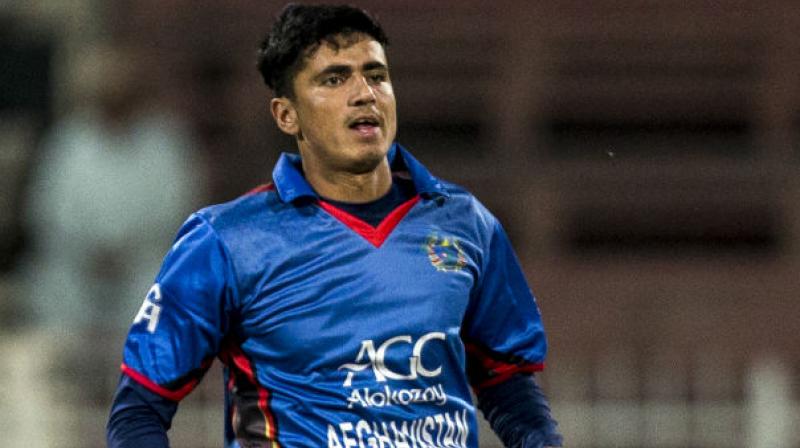 Mujeeb Zadran became the youngest bowler to take five wickets in an ODI, when he took 5/50 against Zimbabwe at Sharjah last week (source – AFP)

Waqar broke the record of his compatriot Wasim Akram in this Austral-Asia Cup clash to become the youngest bowler to take five wickets in an ODI. Thanks to the bludgeoning blades of Ijaz Ahmed (89) and Javed Miandad (75), Sri Lanka saw Pakistan rack up 311/8 on the board.

The chase was made even tougher by the pace and swing of Waqar, who was only 18 years and 164 days old. The ‘Burewala Express’ did not allow any of the Sri Lankan batsmen to settle, and returned 6/26 from his ten overs to power Pakistan to a 90-run victory. These were then the fourth best ODI bowling figures, and the second best by a Pakistani.

Leg-spin sensation Rashid Khan was only 18 years and 178 days old when he recorded his maiden ODI fifer for Afghanistan, in this second ODI of a five-match series against Ireland. Afghanistan totalled 338 after batting first, thanks in main to a 90-ball 101 from captain Asghar Stanikzai.

Ireland got off to a promising start in reply, with openers Ed Joyce and Paul Stirling (95) sharing a stand of 113, and at 137/1 after 22 overs, the game was wide open. However, Rashid turned out to be the difference. He began by removing the dangerous Stirling in his third over, and went on to bamboozle the batsmen to follow, ending with 6/43 from 9.3 overs to bowl Afghanistan to a 34-run win. 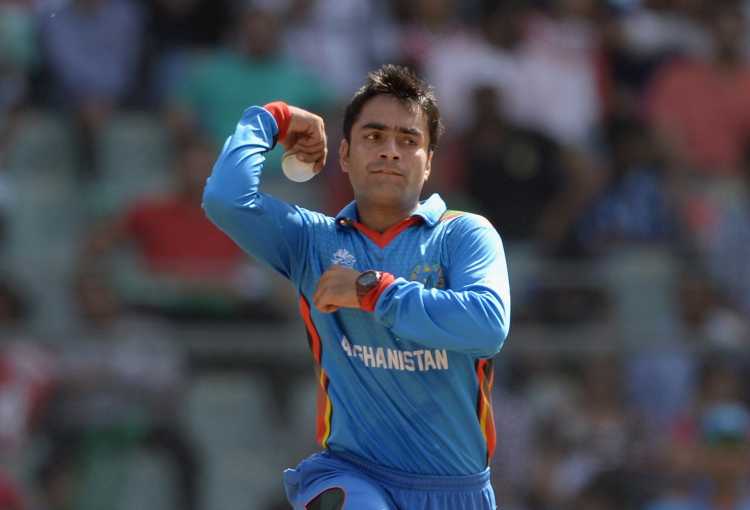 One of the finest fast bowlers of all time, left-armer Wasim Akram had the satisfaction of taking a five-wicket haul in only his fourth ODI, at the age of 18 years and 266 days against Australia during the Benson and Hedges World Championship of Cricket. The hosts faced a target of 263 after they put Pakistan in to bat.

Wasim then made the Australian batsmen dance to his tunes. From the moment he bowled Robbie Kerr, Wasim did not look back, as he destroyed the top order by taking the first five wickets – he duly finished with 5/21. Australia could not recover from the depths of 42/5, and went down by 62 runs. The previous youngest to take an ODI fifer was Shaul Karnain of Sri Lanka.

All-rounder Aftab Ahmed, aged 18 years and 361 days, gave New Zealand a considerable scare by taking five wickets in this second ODI of a three-match series. New Zealand, chasing 147 for victory, were cruising at 74/0 when Aftab got rid of both the openers in his second over.

Soon after, Aftab sparked another wobble, sending New Zealand from 114/3 to a worrisome 125/6 in the space of four overs. His excellent display of seam bowling fetched him 5/31, but it went in vain as the visitors, much to their relief, went past the finishing line in the 45th over to win by three wickets.