As many as 18 Associate nations are set to come together to compete in the ICC World Twenty20 Europe Qualifier, which will be played in the Netherlands from August 29 to September 2. The teams are divided into three groups of six each, with the top two from each group progressing to next year’s Europe Regional Final, thus getting a step closer towards qualification for the 2020 ICC World T20 in Australia.

Fresh from their promotion-clinching second-place finish at the ICC World Cricket League Division Four in May, Denmark will look to continue in the same vein in the T20 format. Germany, the leading European side outside of the WCL tournaments, are expected to be the Danes’ sternest challengers. Austria and France can both be a threat on their day, while Portugal and Cyprus will aim to create an upset or two.

Jersey look well-shaped to reign in this group, what with their relative depth and experience. They warmed up with a 3-0 sweep of the Inter-Insular T20 series against arch-rivals Guernsey last week, and their 2015 World T20 Qualifier outing will hold them in good stead. Italy are likely to be their nearest competitors, but Belgium might just spring a surprise. Finland, Isle of Man and Spain round off the group. 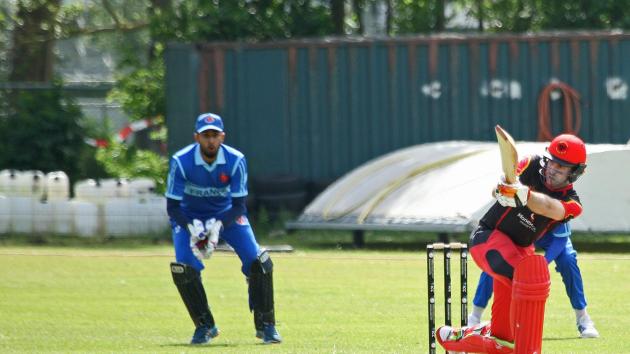 Germany’s Daniel Weston in action during his team’s win against France at the ICC WCL Europe Division One in 2017. The two teams will face off at Utrecht on August 30 (source – ICC)

A three-way battle can be expected between Guernsey, Norway and Sweden in this group. The potentially exciting Scandinavian duel between Norway and Sweden on the opening day might be crucial to how the respective teams’ fortunes shape up. At the same time, Gibraltar and Israel will not be there just to make up the numbers, while the Czech Republic would be looking to make the most of this chance.

5 thoughts on “In Focus – Cricket’s very own Euro Cup”