Though December 26 is annually celebrated as Boxing Day, it also marks Saint Stephen’s Day, or the Feast of Saint Stephen, who is traditionally venerated as the first martyr of Christianity. While not as common a name as George, Mohammad or David, international cricket has seen its fair share of Steves, be it derived from ‘Stephen’ or ‘Steven’. Here’s presenting the International Steve XI.

It was not until he was 33 that Stephen Cook made his Test debut, at Centurion against England in 2015-16. He celebrated it with a measured 115, a stark contrast to his father Stephen ‘Jimmy’ Cook’s Test debut in 1992-93, which saw him get out first ball. He has since scored two more hundreds in an 11-Test career.

Cook’s best moment on the first-class circuit came in 2009-10, when he notched a South African record score of 390 in nearly 14 hours, for Lions against  Warriors.

Bespectacled Guyanese opener Stephen Camacho played 11 Tests for the West Indies between 1967-68 and 1970-71. Though he could not score a hundred, he had his moments.

He topped the Test averages on the 1969 tour of England, with a best of 71 in the fourth innings at Headingley. His highest Test score of 87 came in the Port-of-Spain Test against England in 1967-68, best known for Gary Sobers’ brash declaration. He went on to become a long-serving administrator.

Stephen Fleming, New Zealand’s most successful captain, led for a decade since taking over as a 23-year-old in 1996-97. He was at the helm when the Kiwis won the Champions Trophy in 2000 and their first Test series in the Caribbean, in 2002.

He is also New Zealand’s highest run-getter in both, Tests and ODIs. Among his notable innings were a resolute 274* in the Colombo Test of 2003, and a match-winning 134* against South Africa at the World Cup earlier in the same year. 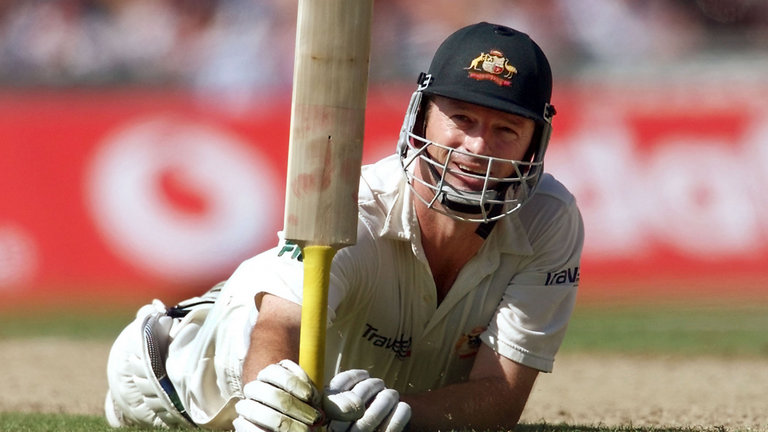 The great Steve Waugh dives to reach his 27th Test hundred, at the Oval in 2001. He is an apt choice to lead the International Steve XI (source – skysports.com)

For someone who broke into the national team as a leg-spinner in 2010, Steve Smith’s rise towards becoming a batting genius has been bewilderingly phenomenal. His technique may be unconventional and displeasing to the eye, but what matters at the end of the day are runs, which he scores at will.

Smith averages 62.32 in Tests, already has 22 tons and is only 28. He was Australia’s highest run-scorer at the victorious 2015 World Cup and became full-time captain later that year.

The tough-as-nails Steve Waugh is our skipper in a side blessed with four international captains. In an illustrious Test career lasting close to 19 years, ‘Tugga’ logged 10927 runs at 51.06 with 32 tons, besides being a handy pacer.

Regarded by many as the best cricketer to emerge from a non-Test nation, Steve Tikolo provides a neat balance to the side with his all-round skills. He made his international debut at the 1996 World Cup, immediately making an impact with 65 against India.

He went on to become a prolific ODI performer for Kenya, averaging 29.05 with the bat and 34.20 with the ball, and captained Kenya in their dream 2003 World Cup campaign, wherein they reached the semifinals.

Worcestershire veteran Steve Rhodes is the wicketkeeper in our side, edging out Steve Rixon and Steven Davies. He partook in 11 Tests and nine ODIs, making his debut in the Trent Bridge Test against New Zealand in 1994.

Rhodes’ 23-year first-class career ran until 2004, during which he scored 14839 runs and collected 1263 dismissals. He later served as director of cricket at Worcestershire for 12 years. His father Billy was a first-class cricketer, and so is his son George. 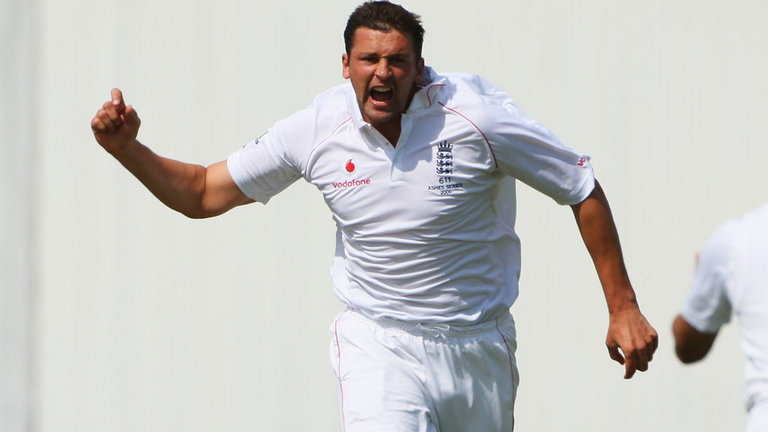 Leading the pace attack for the International Steve XI is Steve Harmison, who played 63 Tests in a seven-year career (source – skysports.com)

Bulawayo-born fast bowler Steve Elworthy bloomed late in international cricket – he debuted for South Africa at 32, in an ODI against Pakistan in 1997-98. His Test debut followed a few months later, at Trent Bridge, and he played in all but one of South Africa’s games at the 1999 World Cup.

Elworthy’s final year of first-class cricket was 2003, after which he moved into administration, serving as tournament director of may major ICC events, starting with the 2007 World T20.

The frontline spinner in our team is Australian left-armer Steve O’Keefe, who made his Test debut only in 2014 – against Pakistan in the UAE – after nine years of consistent performances with New South Wales on the domestic circuit. However, his finest hour came two seasons later.

In what was his fifth Test, O’Keefe left India shell-shocked by exploiting a turning surface at Pune in 2016-17 to claim sensational match figures of 12 for 70 – the best by a visiting spinner in India.

Standing tall at 6’7, Steven Finn debuted in 2010, but has not been able to cement a regular spot in England’s first-choice eleven. He was named man of the match in only his third Test, when he took 9/187 against Bangladesh at Lord’s.

Finn became the first English bowler to take a World Cup hat-trick in 2015, en route to figures of 5/71 against Australia. Later that year, he captured a match-winning 6/79 in the second innings of the third Ashes Test at Edgbaston.

Rounding off the eleven is Durham’s Steve Harmison, another beanpole fast bowler from England. He first made headlines in 2003-04, when he destroyed the West Indies with a memorable burst of 7/12 at Kingston.

He continued his good form in the following year, going on to take 17 wickets in the 2005 Ashes, including the final wicket in the heart-stopping Edgbaston Test. Injuries soon took a toll on him, and he retired from international cricket at the age of 30.