Over the course of history, there have been many talented men and women who have represented their nation in cricket as well as another sport. While most of them played international football or rugby in addition to cricket, a select few were good enough to play field hockey as well.

In this post, we will look at the Test cricketers who also played field hockey at the international level :-

In 1964-65, he enjoyed his most productive series, logging 531 runs in four home Tests against South Africa, including a career best 169 at Brisbane. A good five years before his Test debut, Booth had the privilege of being part of the Australian hockey team at the 1956 Olympics in Melbourne.

He was not selected for the league games as Australia failed to make the semi-finals, but he did play in the classification matches against Belgium and New Zealand (Australia finished fifth), without scoring a goal.

Victorian all-rounder Trevor Laughlin played only three Tests in his career and he got his chance only because of the Packer exodus in the late seventies.

He did manage to take a five-wicket haul with his medium pace, collecting 5/101 against the West Indies at Kingston in 1977-78. Besides, he was a also a hockey international for Australia. He is the father of fast bowler Ben Laughlin, who played five ODIs for Australia in 2009.

Australia’s Brian Booth played international hockey for his country, including two matches at the 1956 Olympics in Melbourne (source – espncricinfo.com)

Women’s cricket legend Rachael Heyhoe-Flint is regarded as one of the best batswomen to play Test cricket. In a career spanning from 1960 to 1979, she played 23 Tests and scored 1594 runs at a healthy 45.54.

Her career best of 179 came against Australia at the Oval in 1976, an innings which helped England draw the Test after a 245-run first innings deficit. She was the first ever captain – female or male – to win a cricket World Cup, in England in 1973. In 1964, she represented the English women’s hockey team as a goalkeeper.

One-Test wonder John ‘Jack’ MacBryan was a decent batsman for Somerset. In his only Test, against South Africa at Old Trafford in 1924, he could not get a chance to bat as the game was washed out after just two sessions on the first day.

He represented the gold medal-winning Great Britain hockey team at the 1920 Olympics in Antwerp, which was the only time he played hockey at international level. He played one game in the round-robin stage, in which Great Britain thumped Belgium 12-1.

Ifthikar Ali Khan, known as the senior Nawab of Pataudi, is the only man to have played Test cricket for both England and India. He is also one of the three Indian princes to score an Ashes hundred on Test debut – he scored 102 at Sydney in 1932-33.

He played only six Tests in his career, three each for England and India (captaining the latter in 1946) and failed to cross fifty in nine innings after his debut century.

In 1928, the year he made his first-class debut for Oxford University, he was part of the Indian hockey team which won the gold medal at the Olympics in Amsterdam. His son Mansur Ali Khan went on to become an Indian cricket captain as well.

Morapakkam Gopalan is another in this list to have played just one Test, against England at Calcutta in 1933-34. He did little of note, taking one wicket with his fast-medium pace and scoring 18 runs. Playing for Madras against Mysore, he bowled the first ever ball in Ranji Trophy history in 1934-35.

In 1935, he starred as a half-back for the Indian hockey team on the tour of Australia and New Zealand. India won every single game on the tour, including all the three Tests in New Zealand. In 1936, Gopalan faced a tough choice, as he was picked for the cricket team to tour England as well as the hockey team for the Berlin Olympics.

He opted for the former, which unfortunately proved to be a wrong decision – he was hardly played on the England tour whereas India won the hockey gold medal in style. At the time of his death in 2003, he was the oldest surviving Test cricketer at 94.

Yet another one-Test wonder, Edwin McLeod played his only cricket Test against England at Wellington in 1929-30. This was New Zealand’s second Test overall. He played in New Zealand’s first ever hockey Test match, against Australia in 1922 at Palmerston North, a game which New Zealand won 5-4.

In 1935, he was the captain of the New Zealand hockey side which took on India in a three-Test series at home. Just like Gopalan above, McLeod too was the oldest surviving Test cricketer at the time of his death in 1989, aged a month away from 89.

Keith Thomson, a middle-order batsman from Canterbury, played only two Tests for New Zealand, both at home against India in 1967-68. In his very first innings, at Christchurch, he scored 69.

His hockey career was much better – he had a reasonably good record while playing for the Black Sticks in 28 Tests from 1961 to 1971. At the 1968 Olympics in Mexico City, he played in eight games and scored three goals – one each against India, East Germany and Belgium as New Zealand finished seventh. 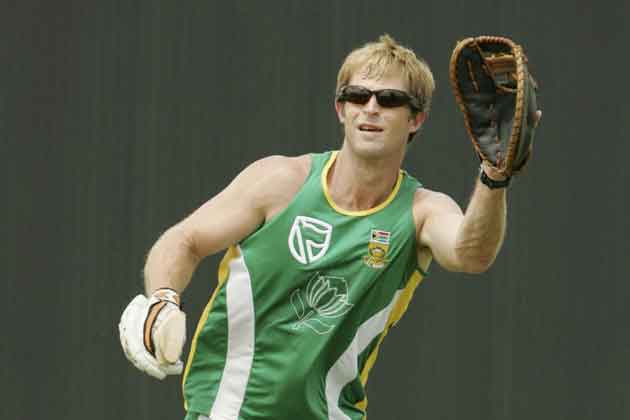 Fielding great Jonty Rhodes could not take part in the 1992 Olympics as the South African hockey team failed to qualify (source – ibnlive.in.com)

One of the best fielders to have played cricket, right-handed middle-order batsman Jonty Rhodes played 52 Tests for South Africa in which he scored 2532 runs at 35.66. The world first took notice of Rhodes’ fielding skills in 1992, when he ran out Pakistan’s Inzamam ul-Haq with a stunning dive in a World Cup match in Brisbane.

He had a good start to his Test career, scoring 91 and 86 in his respective second and fourth Tests, against India in 1992-93. His best performance with the bat came against England at Lord’s in 1998, when he scored a career-best 117 after coming in at 46/4 in the first innings, eventually helping South Africa to win by ten wickets.

He was a key part of the South African hockey team which attempted but failed to qualify for the 1992 Olympics. South Africa qualified for the 1996 Olympics, but this time Rhodes missed out due to injury.

Like Rhodes, Russell Endean too was an excellent fielder and already a hockey international before his Test cricket debut. In just his third Test, he scored an unbeaten, career-best 162 against Australia at Melbourne in 1952-53. In the same series, he displayed his great fielding skills for the first time.

His batting – he also scored 70 as an opener in South Africa’s successful chase of 295 in the final Test at Melbourne – and fielding played a key role in South Africa drawing the five-Test series 2-2.

Despite being a regular on the South African domestic scene since 2000, wicketkeeper Thami Tsolekile has played only three Tests till date, all of them in 2004-05. Recently he was selected for the 2012 England tour, but could not play a Test due to an already packed Proteas middle-order.

The Cape Town lad has also played international hockey for South Africa, scoring a goal in his debut match in 1999.

Middle-order batsman Maurice Turnbull, regarded as one of Glamorgan’s best captains, was a versatile sportsman – he played Test cricket for England and rugby union and field hockey for Wales.

In the late eighties, he made his name as a highly dependable goalkeeper of the Zimbabwean national hockey team.