Yet another Ashes series is upon us, with the last one having ended just less than three months ago. In the first leg in England, the Australians were found wanting on many counts, but will they rise to the occasion at home and prevent England from winning their fourth successive Ashes rubber? 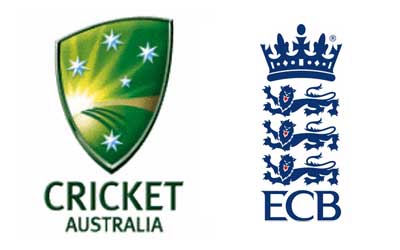 The latest edition of the 131 year-old epic will commence with the opening Test at the Gabba in Brisbane from November 21-25. Then come the next two matches, separated by a three-day gap – the Adelaide Oval will play host to the second Test from December 5-9 while the third Test will be played at the WACA in Perth from December 13-17. Following them will be the traditional Boxing Day fixture from December 26-30 at the Melbourne Cricket Ground, with a record crowd expected. The series will spill into the New Year with the final Test at the Sydney Cricket Ground from January 3-7.

England have not won in Brisbane since 1986-87. At Perth, they have been beaten in each of their last six Tests. It is Melbourne and Sydney where they enjoy the most – four wins and four losses in their last eight Tests at the former; two wins and two losses in their last seven Tests at the latter. In their victorious 2010-11 campaign, England scored big wins at Adelaide, Melbourne and Sydney. Australia’s favourite Ashes ground in recent times has been Perth, but their record there against other teams has been dented of late, courtesy of three losses in the past six Tests (twice to South Africa, once to India).

The Australians have so far named their squad only for the opening Test. Left-arm fast bowler Mitchell Johnson has made a return to the squad following some impressive spells in recent one-day internationals. Another player who has won a place in the squad on the back of ODI form is George Bailey, who scored at will in India last month. Bailey is expected to make his debut at the Gabba. Australia’s biggest plus point is their pace attack, with Peter Siddle and Ryan Harris spearheading the pack, with Johnson and James Faulkner to follow. Harris was Australia’s best performer in the Ashes in England, and his team will pray for him to be fit throughout the summer. Michael Clarke’s captaincy has often been praised for being innovative and attacking, but given Australia’s record of zero wins and seven defeats in the last nine Tests, he and his team will have to desperately seek new ideas.

England have come fully prepared with a 17-man squad, which includes three potential Test debutants. Their top-order did not quite live up to expectations in the home Ashes, but Ian Bell’s outstanding form camouflaged the flaws. The trio of Alastair Cook, Kevin Pietersen and Jonathan Trott will be looking to fire, and if they do repeat their form of 2010-11, Australia will be in for a tough season ahead. Nick Compton and Graham Onions have been surprisingly ignored, but the recent form of Michael Carberry has been encouraging. The bowling stocks look very strong, with as many as four men vying for the third pace bowling spot. The presence of Monty Panesar should be interesting as well. Captain Cook was not in good touch in the home Ashes, but he only needs to look back at his last tour of Australia for motivation. His captaincy has been seen as defensive and cautious, but as long as he gets the job done, I am certain it will make no difference to English fans.

England captain Alastair Cook will be hungry for runs Down Under, even as his team seeks its fourth Ashes series win on the trot (source – metro.co.uk)

Australia’s recent dismal performances and Pakistan’s drawn series against South Africa has meant that the Baggy Greens have slipped to 5th in the Test rankings. Their last Test win came nine matches ago, when they beat Sri Lanka at Sydney last summer en route to a 3-0 whitewash. Since then, they were blanked 4-0 by India at home followed by the 3-0 defeat in the away Ashes. They were impressive in the last home season, with the success over Sri Lanka being preceded by a hard-fought three-Test series with South Africa, which they lost 1-0. But their recent overseas form has been quite abysmal.

England went down to the third spot in the Test rankings after being overtaken by India following the latter’s rout of the West Indies at home. However, England do remain as the second-best Test team in the world at the moment, having been undefeated in their last 13 Tests, winning 7 of them. They won five out of seven home Tests in 2013 (2-0 against New Zealand, 3-0 in the Ashes). As far as overseas Tests are concerned, they were held 0-0 (3 matches) by New Zealand in their latest such series. Before that, they experienced a rare series victory in India, winning the four-Test series 2-1. Their last overseas series defeat was against Pakistan in the UAE in 2011-12, when they were blanked 3-0.

It can be said that England captain Alastair Cook is in the prime of his career. He will be playing his 100th Test at Perth, and is likely to go down in history as one of the best modern-day Test batsmen. Having been in ordinary form in the home Ashes (averaging 27.7 in 10 innings with three fifties), Cook could not have hoped for a better place than Australia to regain his touch. In the 2010-11 series, Cook was unstoppable and ended up with a staggering 766 runs (321 more than any other Englishman) in seven innings at 127.66 with three hundreds. He had a great start to his stint as captain with the series win in India, and will look to continue his unbeaten run, at the same time aiming to get some ‘daddy hundreds’. A batsman of his ability is sure to bounce back to form sooner than later, and the hosts could bear the brunt yet again.

Right-arm fast bowler Ryan Harris will be the biggest threat to England, and the hosts will hope that he is fit enough to last the summer (source – smh.com.au)

Ryan Harris stood out among the Australian pace bowlers during the Ashes in England, picking up 24 wickets in just four Tests. At the age of 34, he is not getting any younger and given his fitness issues, might not have a good number of years left in him. Assuming that he remains fit throughout the summer, there would no bigger threat than him to the Englishmen. It should be remembered that he took 9 wickets in the Perth Test of 2010-11, and if the likes of Siddle and Johnson fire as well, we will have a cracking contest on the cards. It is a pity that a bowler of Harris’ talent has played just 16 Tests till date (71 wickets at 22.26), and the more we get to see of him, the better it is for the Australian team and neutral cricket followers alike.

The last time England won at least four Ashes series in a row was 123 years ago, when they won seven series successively from 1884 to 1890. While they will be chasing glory and history, Australia will be seeking redemption in familiar environs. I predict this series to be closer than the one which ended three months back. My prediction is either a 2-1 win for England or a 2-2 draw. Indeed, a draw has been long overdue – the last drawn Ashes series was way back in 1972.