Continuing from Part 1, we look at four more memorable Ashes performances from unsung cricketers in this second and concluding post:-

All-rounder Trott was one of the rare few to have played for both Australia and England. His entire Test career consisted of five Tests – three for Australia in the 1894-95 Ashes at home, followed by two for England on its tour of South Africa in 1898-99.

It was in his debut Test – the third Test of the 1894-95 Ashes at Melbourne – that Trott conjured his most memorable performance. Australia had lost the first two Tests of the five-Test rubber.

Firstly, he scored an unbeaten 38 at number ten in his debut innings, adding 71 for the tenth wicket with Sydney Callaway to lift Australia to 238. Then, in the second innings, with Australia leading by 114, Trott gave an impetus to the innings again, this time making an unbeaten 72 to help set England a massive 526 to win. 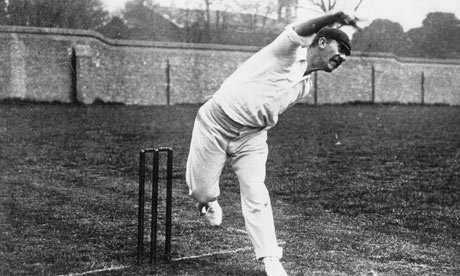 With his right-arm slow bowling, Trott proceeded to destroy England with an astonishing spell of 27-10-43-8, as the tourists were skittled for 143, going down by 382 runs. Strangely he did not bowl in the next Test at Sydney, but smashed a career-best unbeaten 85 to help Australia recover from 119/7 to 284 in the first innings and level the series with an innings win.

However, with the series locked at 2-2, England won the decider at Melbourne to retain the Ashes. Trott’s 8/43 remains the best innings analysis by a bowler on debut till this date.

Tragically, he reacted to his rapidly failing health by shooting himself in 1914 at the age of 41, having written his will on the back of a laundry ticket and leaving his wardrobe and £4 in cash to his landlady. In his short Test career, he averaged 38 with the bat and 15 with the ball. He also forged a highly successful first-class career with Middlesex.

Mike Brearley has proved that mere statistics are not enough to indicate greatness. This right-hand batsman and occasional wicketkeeper from Middlesex averaged a paltry 22.88 in the 39 Tests he played, without a single hundred.

Yet, he achieved his place in Ashes folklore solely because of his outstanding leadership as England’s captain in the 1981 Ashes. 1981 might have gone down to be known as ‘Botham’s Ashes’, but it was Brearley’s astute captaincy that was the catalyst, both in Botham’s resurgence and England’s eventual 3-1 victory which helped them regain the Ashes.

Botham was captain for the first two Tests of the 1981 series, but he could hardly prove to be an inspiration as Australia took a 1-0 lead. Moreover, ‘Beefy’ was suffering his worst run in Tests, a pair in the second Test at Lord’s being the nadir. 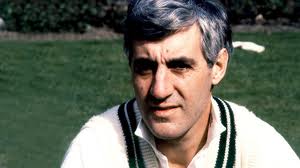 Master tactician Mike Brearley inspired England to an epic 3-1 win in the 1981 Ashes with his leadership and man-management skills (source – bbc.co.uk)

Brearley, who was not even part of the eleven, was recalled as captain and the rest is history. In the third Test at Headingley, Botham batted like a reincarnated man and proceeded to guide England to a famous win after following-on with a stunning 149* in the second innings.

Defending just 130 in the fourth innings, Brearley then persuaded Bob Willis to change ends and bowl with the wind behind him. A near stone-faced Willis took 8/43 to bowl England to an 18-run victory. Another improbable win at Edgbaston followed, and when England won at Old Trafford, the Ashes were regained.

Brearley, who had a highly intellectual mind backed by degrees in moral science and psychology, had turned a team in disarray into an Ashes winning unit. Incidentally, the 1981 Ashes was his farewell series and his overall captaincy record read 18 wins and four losses from 31 Tests.

He was one of the very few who could merit a place in the team purely on leadership, because he knew exactly how to extract the best out of his men. The Australian fast bowler Rodney Hogg once said that Brearley has a ‘degree in people’.

This Barbados-born fast-medium bowler had his moment of Ashes glory in just his third Test, which happened to be the fourth Test of the 1986-87 Ashes at Melbourne. Coming into this game, England were leading 1-0 with two Tests left and Australia still had a chance to regain the urn.

Any such hopes were extinguished by Small on Boxing Day, the opening day, as he grabbed a career-best 5/48 while bowling in tandem with the great Ian Botham (5/41) to help bowl the hosts out for a paltry 141.

Small’s scalps included the prized wickets of David Boon, Dean Jones (who top-scored with 59) and Steve Waugh. He was pencilled into the team as a last-minute replacement for an injured Graham Dilley and went on to justify his selection with a display of high-class swing bowling which all but sealed the Ashes on day one of the match itself.

England won the Test by an innings and 14 runs, Small picking 2/40 in the second innings. He followed it up by taking 5/75 in the first innings of the fifth Test at Sydney, which Australia won by 55 runs.

England took the series by a margin of 2-1. Small, who was known to be a hard trier and wholehearted cricketer, made his debut in 1986 and played 17 Tests in all, taking 55 wickets at 34.01. He was never a regular fixture in the side and played his last Test during the 1990-91 Ashes. He played first-class cricket for Warwickshire until 1997.

Few may question Panesar’s presence in this list, but I do feel that he played an important part in England’s Ashes-regaining 2-1 series win in 2009. The previous series in Australia in 2006-07 had been a nightmare for England as they were blanked 5-0. 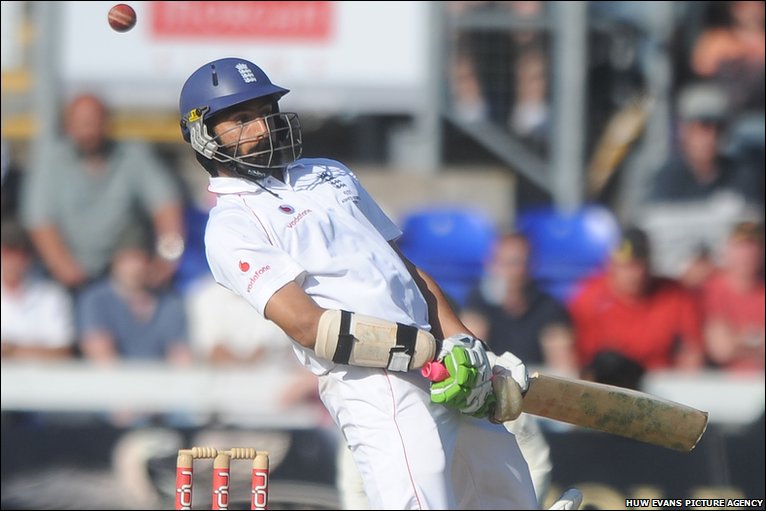 Monty Panesar ducks one en route to a gripping 35-ball vigil that helped England escape with a draw at Cardiff in 2009 (source – bbc.co.uk)

Australia had begun the 2009 series with a dominating performance in the first Test at Cardiff – they had replied to England’s 435 with a mammoth 674/6 before having the home side on the mat at 70/5 early on the final day with almost 80 overs remaining.

Paul Collingwood then played one of the gutsiest knocks – a 245-ball 74 – to raise hopes of an English escape. However, when he fell, the score read 233/9. At that point, England were still trailing by six runs with Australia having almost 12 overs to take the last wicket and go one-up.

Enter Mudhsuden Singh ‘Monty’ Panesar, an old-school number eleven who averaged a shade over five in Tests. He joined James Anderson at the wicket with Australia needing just one good delivery to wrap things up.

While Anderson had experience as a nightwatchman, Panesar was no more than a rabbit with the bat. But the turbaned left-arm spinner did the unthinkable – he survived for 35 balls for an unbeaten 7, while adding an unbeaten 19 in 11.3 overs with Anderson.

England staged one of the greatest escapes in Test history and without Panesar’s determination of not to give his wicket away, it would not have been possible. It is very demanding for an ‘accomplished’ tail-ender to last for so long against a buoyed bowling attack, but ‘Monty’ did just that.

Australia’s confidence was dented by this unexpected draw and they went on to surrender the Ashes. However, due to indifferent bowling form, this was Panesar’s last Test before being recalled in January 2012.