The much-awaited battle for the Wisden Trophy between England and the West Indies is underway with the first of three Tests at Southampton. Since their first tour back in 1928, the West Indies have played 86 Tests in England, winning 30 and losing 34. Through this five-part series, we look back at each of these 30 victories, which collectively form an integral part of the rich history of West Indian cricket.

After seven defeats and three draws, the West Indies secured a historic maiden Test win in England. Having lost the first Test at Old Trafford by 202 runs, the visitors, led by John Goddard, rode on opener Allan Rae’s 106 to post a competitive 326. Thereafter, off-spinner Sonny Ramadhin and left-arm spinner Alf Valentine took charge  – both had debuted at Old Trafford, with Valentine collecting 11/204.

The West Indies edged ahead in the series with another commanding win, which revolved around an excellent innings from Frank Worrell. England were reduced to 25/4 by the new-ball pair of Hines Johnson and Worrell on the first morning, before the lower order improved the total to 223. The West Indies responded solidly, with Worrell coming in at 95/2 and sharing in a third-wicket stand of 143 with Rae (68). 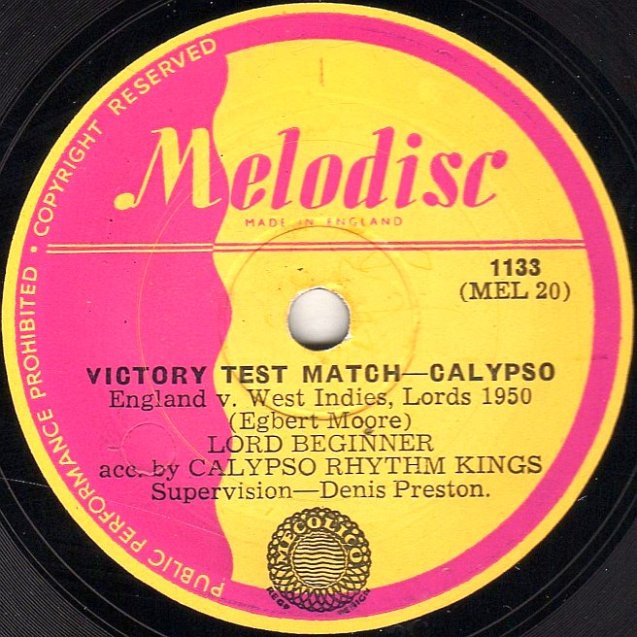 Worrell upped the ante in the course of adding a further 283 – a West Indian record for the fourth wicket in England – with fellow Bajan Everton Weekes (129), and became the first West Indian to score a Test double hundred in England. He ended up with 261 in 335 minutes, steering the West Indies to 558. England mustered 436 in their second innings (Ramadhin 5/135), but could not prevent defeat by ten wickets.

Valentine was relentless as England followed on, snaring 6/39 (Ramadhin chipped in with 3/38) to spur his side to victory by an innings and 56 runs and a 3-1 series triumph.  This was the first time that the West Indies had won three Tests in a row. Worrell was the series’ most productive batsman with a tally of 539 at 89.83, while Valentine and Ramadhin led the bowling charts with 33 and 26 scalps respectively.

This was the first series to be played for the Wisden Trophy. Having failed to win a Test on the 1957 tour (England won the five-Test series 3-0), the West Indies signalled their intent from the outset six years later under the captaincy of Worrell. It was opener Conrad Hunte (182) who set the tone, adding 151 for the second wicket with Rohan Kanhai (90) and 120 for the fourth wicket with Garfield Sobers (64).

Worrell helped himself to 74* before declaring at 501/8. The English batting was then dented by the off-spin of Lance Gibbs (5/59) – the last five wickets fell for just 15 runs. Trailing by 296, England succumbed to Gibbs’ wiles again while following on, with the tall Guyanese taking 6/98 this time. The West Indies needed exactly one run, and a thumping ten-wicket win was duly sealed after lunch on the fourth day.

The second Test at Lord’s produced one of the dramatic draws of all time, before England pulled level with a 217-run win at Edgbaston. With two Tests to go, there was all to play for. Kanhai (92) and Sobers (102) rescued the West Indies from 71/3, putting on 143 for the fourth wicket. Joe Solomon (62) provided a further boost to the innings, which terminated at 397. England ran into Charlie Griffith thereafter.

The Bajan speedster ripped through the hosts’ top order, leaving the score tottering at 34/5 on his way to a career-best return of 6/36. England dragged to 174 eventually, but the game had slipped away from them. Faced with a target of 453, they were bowled out for 231. Gibbs, who had taken three wickets in the first innings, added four more to his kitty, while Griffith and Sobers struck thrice each.

Griffith continued to be the scourge of England, as he captured 6/71 to help limit England to 275. In reply, the West Indies squandered a strong position of 152/2 to be bowled out for 246, with Hunte scoring 80. With the match now akin to a second-innings shootout, the trio of Sobers, Griffith and Wes Hall (4/39) impressed as a unit to keep their team in the hunt. The target for the West Indies was a challenging 253.

However, Hunte (108*) and Kanhai (77) were among the runs once again, as they added 113 for the second wicket to pave the way for a series-clinching eight-wicket win – a fitting Test farewell for Worrell. The leading run-scorer of the series was Kanhai (497), with Hunte (471) not too far behind. Griffith finished with 32 wickets – two fewer than Fred Trueman’s tally – at 16.21 each, while Gibbs netted 26 victims.