In a two-part post last year, I had written about how the Parsi community in India took to the game of cricket in the later part of the 19th century and how a squad entirely consisting of Parsis became the first ever team from India to tour England.

Their efforts led to a massive surge in the popularity of the game in India, and eventually India became the sixth nation to play Test cricket in the summer of 1932. Named as the ‘All-India’ team, the C.K Nayudu-led outfit created history when it represented the country in its first Test match against England at Lord’s. This was the only Test India played on the tour, and despite losing by 158 runs, they showed a lot of promise for the years to come. The Indian eleven for this landmark Test included two Parsis, Sorabji Colah and Phiroze ‘Piloo’ Palia.

Sorabji Hormasji Manchersa Colah was an attacking right-handed middle-order batsman who was also well-known for his excellent fielding skills. Born in Bombay on September 22, 1902, he made his first-class debut for the Parsis during the 1922-23 Bombay Quadrangular Tournament. After an ordinary start, his performances became increasingly noteworthy and he established himself as one of the leading Parsi cricketers in the country. He was selected to play for the Indians against the touring Marylebone Cricket Club (M.C.C) in 1926-27. A few months before India embarked on their 1932 journey to England, a ‘Probables v Possibles’ trial match was played at the Lawrence Gardens in Lahore, in which Colah made a stroke-filled 61 to virtually seal his spot for the tour. 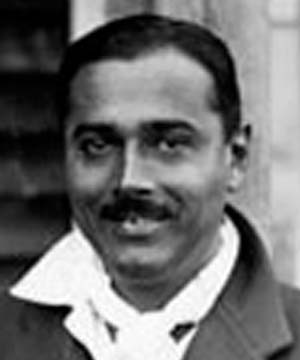 Sorabji Colah was one of the two Parsis who played in India’s first ever Test match, against England at Lord’s in 1932 (source – fanphobia.net)

In the inaugural Test, Colah managed only 22 and 4 in the two innings, but held two catches in England’s second innings, one of them ensuring the dismissal of the Kent legend Frank Woolley. On the tour, he played in 21 matches and scored 882 runs averaging 25.94. During the tour, he did not have a good relationship with the captain Nayudu and it is recorded that on the way back, Colah threatened to throw Nayudu overboard. Then in the 1933-34 season, he also had the distinction of playing in India’s first home Test (their second Test overall) against England at the Bombay Gymkhana, in which he scored 31 and 12 as India lost by 9 wickets.

This turned out to be Colah’s final Test appearance, but he continued being a reliable performer in first-class cricket till 1942, playing 75 matches and scoring 3578 runs in all for the Parsis and later for Bombay and Nawanagar in the Ranji Trophy. He died at the young age of 47 in Ahmedabad in 1950.

The second Parsi in the 1932 eleven was the all-rounder Phiroze Edulji Palia. He was born in Bombay on September 5, 1910 and was a left-hand batsman and a slow left-arm orthodox bowler. In his very first first-class game, for the Parsis against the Hindus in 1928-29, he made an impact by scoring 69 and taking four wickets. On the 1932 tour he scored 469 runs in 15 matches at 23.45 and took 14 wickets at 44.78. In the Test he scored only two runs and failed to take a wicket.

In the second innings he was hardly in a position to walk, but showed great spirit and batted as the last man Many thought that he achieved lesser than what was expected of him on the tour, especially as a batsman. But this did not deter him in the first-class circuit – he played exactly 100 first-class matches spanning from 1928 to 1954, scoring 4536 runs and taking 208 wickets.

Besides playing for the Parsis, Palia was a regular in the Ranji Trophy, where he represented as many as five teams – Bombay, Bengal, Madras, Mysore and United Province. Just like Colah, he too played only one more Test – also at Lord’s in 1936 during India’s second Test tour to England. His highest first-class score of 216 came for United Province against Maharashtra in 1939-40. Later in life, he he established a timber and furniture business in Bangalore and became a Test selector and a radio commentator. He breathed his last on September 9, 1981 in Bangalore, aged 71.