The venue is Newlands in Cape Town, South Africa. The host nation is playing England in the second Test of a  four-match series. It is the final session of  the fifth day – England are looking for another five wickets to win the match and level the series, while South Africa need an improbable 213 runs.

The match is heading towards a draw and two batsmen who are widely regarded as the future of South African cricket – Quinton de Kock and Rassie van der Dussen, are at the crease to ensure just that. Four overs into the final session, and impatience gets the better of de Kock as he tries to pull it over the infield, only to find the man at short-mid wicket.

Everyone in the South African dressing room is shocked. Clearly the talk during the tea break was not to go after the bowling! England find an opening, and Broad gets van der Dussen soon after. Following some resistance from the tail-enders for the next 12 overs, England skittle SA out, and register the win by 189 runs. As they say, there was agony at one end, and ecstasy at the other.

The sport – in any of its three formats – manages to bring out the excitement in keen cricket fans. But the casual fans, who are larger in number, generally tune in when say, ten runs are required off the last over with two wickets left, or when there is a Super Over, or, when it is the final session of a Test with one team battling to save the match. What happens if you take away the drama of the fifth day?

The International Cricket Council (ICC), in its recent statements, had brought forward the idea of making all Test matches four-day affairs, starting from the 2023 World Test Championship (WTC) cycle. The idea, at first, was scoffed at by current and former players (and even some fans) alike.

The likes of Virat Kohli, Nathan Lyon and Ricky Ponting have bashed the proposal, with Kohli saying that the move would trigger even further tinkering with the format, eventually leading to its extinction. But, are the ICC really wrong with this proposal? To answer this question, we need to understand the possible arguments in favour of and against the proposal, should it get accepted and implemented.

South Africa’s Morne Morkel appeals during his team’s innings win over Zimbabwe in the four-day pink-ball Test at Port Elizabeth in 2017-18 (source – cricket.com.au) 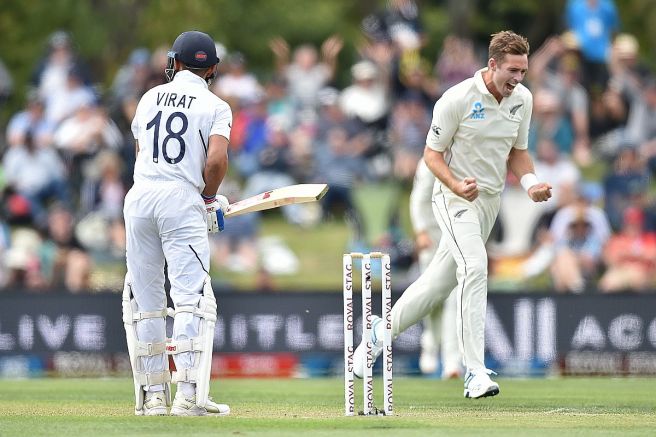 The two Tests on India’s recent tour of New Zealand ended within four and three days respectively, with the hosts winning the series 2-0 (source – Peter Parks/AFP)

The author can be followed here.