The fifth round of the ongoing Ranji Trophy saw Madhya Pradesh’s Ajay Rohera achieve a remarkable feat at the Holkar Cricket Stadium in Indore, as his unbeaten 267 against Hyderabad entered the record books as the highest individual score on first-class debut. The 21-year-old surpassed the previous record held by Amol Muzumdar, who had scored 260 for Bombay in 1993-94.

Overall, it was the 19th time that a batsman hit a double hundred on first-class debut. On that note, here is a look at the ten highest individual scores on debut in first-class cricket history.

After left-arm pacer Avesh Khan (7/24) condemned Hyderabad to a measly 124, right-handed opener Ajay Rohera took charge in his maiden first-class innings, and proceeded to notch the highest score by a debutant, breaking a 25-year-old record in the process.

Rohera’s unbeaten 267, which consumed 345 balls and featured 21 fours and five sixes, powered Madhya Pradesh to an imposing 562/4. Hyderabad mustered 185 in their second innings, Avesh collecting another 5/30.

Considered as one of the most prolific Indian batsmen who never won a Test cap, Amol Muzumdar burst on to the first-class scene with 260 on debut for Bombay (as Mumbai was then known) against Haryana in a Ranji Trophy pre-quarterfinal at the Nahar Singh Stadium in Faridabad.

After winning the toss, Bombay lost openers Zubin Bharucha and Sunil More with 47 on the board, at which point Muzumdar, aged 19, came out to join Jatin Paranjpe in the middle.

Muzumdar put on 150 with Paranjpe (117) for the third wicket, and another 229 with his captain Ravi Shastri (118) for the fourth wicket, before going on to improve upon the 73-year-old record for the highest score on first-class debut, which was in the name of Transvaal’s Eric Marx.

One of the highlights of the first year of first-class cricket in Afghanistan was the batting of 18-year-old Bahir Shah.

Bahir marked his debut with an unbeaten 256 from number three for Speen Ghar Region against Amo Region at the Ghazi Amanullah Stadium, sharing in a fourth-wicket stand of 291 with captain Shawkat Zaman (169). He missed out on the record by just five runs, as the innings was declared at 635/5. Amo Region were dismissed for 284 and 305 thereafter.

The second match of the 1920-21 Currie Cup witnessed an innings from Eric Marx that bettered a 94-year-old record for the highest score on first-class debut. Marx’s record itself would stand for 73 years.

Opening for Transvaal against Griqualand West at the Old Wanderers, the left-handed Marx struck 240, featuring 39 fours and a six, to enable a declaration at 457/9. A deflated Griqualand West were bowled out for 141 and 221 in reply, losing by an innings and 95 runs.

Sam Loxton, who would play 12 Tests for Australia from 1947-48 to 1950-51, celebrated his first-class debut with an unbeaten 232 from number five that propelled Victoria to 543 against Queensland in this Sheffield Shield encounter at the Melbourne Cricket Ground.

The cornerstone was Loxton’s sixth-wicket stand of 288 with Doug Ring (145), which helped Victoria recover from 189/5. Victoria’s bowlers did the rest, bundling Queensland out twice, for 153 and 258.

Gundappa Viswanath, who was one of India’s most reliable batsmen in the 1970s, became the first Indian to score a double hundred on first-class debut when he struck 230 for Mysore against Andhra in this Ranji Trophy South Zone game.

Andhra were bowled out for 181 in reply to Mysore’s 460, but racked up 360 while following on, thus drawing the match. For good measure, Viswanath scored a hundred on Test debut as well – 137 against Australia at Kanpur in 1969-70. 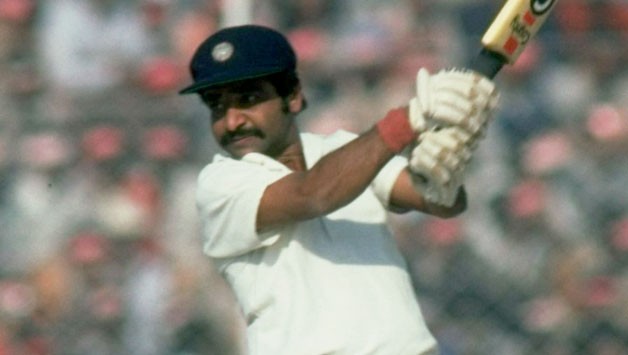 Gundappa Viswanath became the first Indian to notch a double ton on first-class debut when he scored 230 for Mysore against Andhra in 1967-68 (source – espncricinfo.com)

Around the same time that Rohera was building his record-breaking knock, Manipur’s Mayank Raghav scored a debut ton of his own, in a Plate Group fixture at the Nagaland Cricket Stadium.

Raghav came in at 0/1 after Nagaland were skittled out for 126, and stayed at the crease for nearly 92 overs before being the last man out at 336 for an attacking 228 from 269 balls, studded with 25 fours and ten sixes. Manipur eventually won by seven wickets, chasing 127 for victory.

As per available records, the first double hundred on first-class debut was scored back in 1826. The batsman to have achieved this distinction was the left-handed Tom Marsden of Sheffield and Leicester.

Batting at number three, Hubert Doggart rescued Cambridge University from the worrying position of 65/4 against Lancashire in this three-day University Match at the FP Fenner’s Ground. He put on 116 for the fifth wicket with Doug Insole (66) and 94 for the sixth wicket with Bruno Elgood, carrying the total to 386.

Since the first day was washed out, the match ended in a draw. Doggart played two Tests for England, at home against the West Indies in 1950.

Another instance of a debutant scoring a double hundred in the Ranji Trophy occurred in the 2012-13 edition, when Punjab’s promising opener Jiwanjot Singh flayed Hyderabad’s bowlers en route to 213 in a Group A match at Mohali.

Jiwanjot shared in a stand of 288 with fellow opener Karan Goel (129), and was instrumental in Punjab reaching 565/6 in response to Hyderabad’s 258. Hyderabad failed to make amends in the second attempt, and lost by an innings and 68 runs.