Nepal begin their journey as an ODI nation today, with the first of two matches against the Netherlands underway at the VRA Ground in Amstelveen. It marks the end of a long wait to play the 50-over format at the highest level, and is a just reward for the efforts of all the players, past and present, who have determinedly striven to meet the ever-rising expectations of their frenzied fans over the years.

Led by the composed Paras Khadka, the Nepalese secured the much-coveted ODI status in March, when they finished eighth in the ten-team World Cup Qualifier in Zimbabwe. Their entry into the Qualifier was by the skin of their teeth – needing to beat Canada in their last league game of the World Cricket League Division Two in Namibia in February, they rose from the dead to win by one wicket off the last ball.

Though the Netherlands had an ordinary outing in the World Cup Qualifier, they are the  only Associate side that will play in the 13-team ODI league from 2020, on account of winning the World Cricket League Championship last December. The Oranje will be playing their first ODIs since 2013-14, when they endured the agony of losing their ODI status, and Nepal would do well to be wary of their prowess.

Nepal have had prior international experience of playing in the the Netherlands – they visited the country in 2015 for a four-match T20I series, which they lost by a margin of 3-1. Also, Nepal was one of the only two teams to have beaten the Dutch in the 2015-17 WCL Championship, in their own backyard at that. The game in question was played at Amstelveen in 2016, and resulted in a 19-run win for Nepal.

Khadka led from the front in that game, scoring 84 and taking 2/19 to help defend a total of  217/9. As Nepal join the ODI club, a lot of the onus to deliver will be on the seasoned campaigners  – besides Khadka, batsmen Gyanendra Malla and Sharad Vesawkar, and left-arm spinners Shakti Gauchan (who retires after the Netherlands tour) and Basant Regmi are among those who have been around for over a decade. 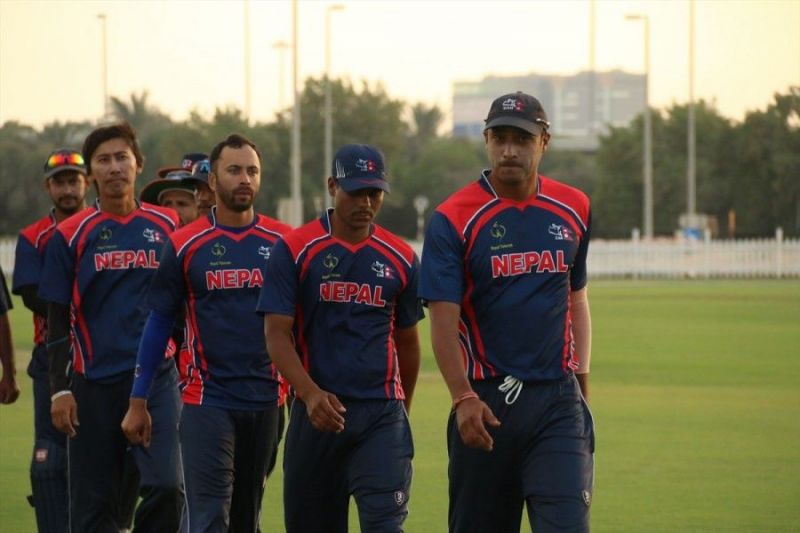 Speaking of spin bowlers, the spotlight will also be on Sandeep Lamichhane, the leg-spin sensation who is a day short of turning 18. Lamichhane’s appearance for the Delhi Daredevils in this year’s Indian Premier League was a shot in the arm for Nepalese cricket, and his emergence as one of the most exciting talents on the Associate scene has coincided with his team’s surge up the international ladder.

Now that they are finally a part of the top table, Nepal’s next challenge would be to sustain their recent form and show that they can pack a punch against the lower-ranked full-member sides as well. For that to happen, they need to bolster their brittle batting. Bowling has always been Nepal’s stronger suit, and if the batsmen improve their consistency, the team can soon develop into a competitive unit.

In four weeks’ time, Nepal will be facing off against five other teams – the United Arab Emirates, Hong Kong, Oman, Singapore and hosts Malaysia – in the Asia Cup Qualifier to vie for one spot in the Asia Cup, which will be held in the UAE. Should Nepal win the Qualifier, they will play India and Pakistan in the tournament proper – which would be akin to a dream come true for the players and the fans alike.

In 2014, Nepal had made their T20I debut special with a thumping 80-run win against Hong Kong in the first round of the World T20, and followed it with an even more satisfying nine-run victory over Afghanistan, with whom they can build an interesting ODI rivalry going into the future. It was only due to a net run rate inferior to that of Bangladesh’s that Nepal failed to advance to the Super 10 stage.

As I write this, Nepal are in with a chance to win their first ever ODI as well – they are placed at 92/4 in 21 overs after the evergreen Khadka did the star turn yet again by taking 4/26 to help bowl the Netherlands out for a modest 189. Given the remarkable passion of the Nepalese fans, they can be expected to rejoice and revel in the streets of Kathmandu should the Rhinos prevail today.