Here is a look at Bangladesh’s five lowest Test totals.

Bangladesh began their fourth Test series in the Caribbean disastrously, as they became only the sixth team to get bowled out in the first session of a Test. Speedster Kemar Roach (5/8) wrought havoc on the visitors, snaring five wickets in 12 balls to send the score crashing to 18/5. Only opener Liton Das (25) reached double figures. This was the lowest Test total since India’s 42 against England at Lord’s in 1974.

The Bangladeshi batsmen were clueless against pace and spin alike, as they tumbled for 62 in the first innings of this second Test of a three-match series at the P. Sara Oval. Slinger Lasith Malinga (4/25) razed the top order to have the visitors at 22/4, before the great off-spinner Muttiah Muralitharan (4/14) took over. Despite an improvement in the second dig, Bangladesh went down by an innings and 90 runs. 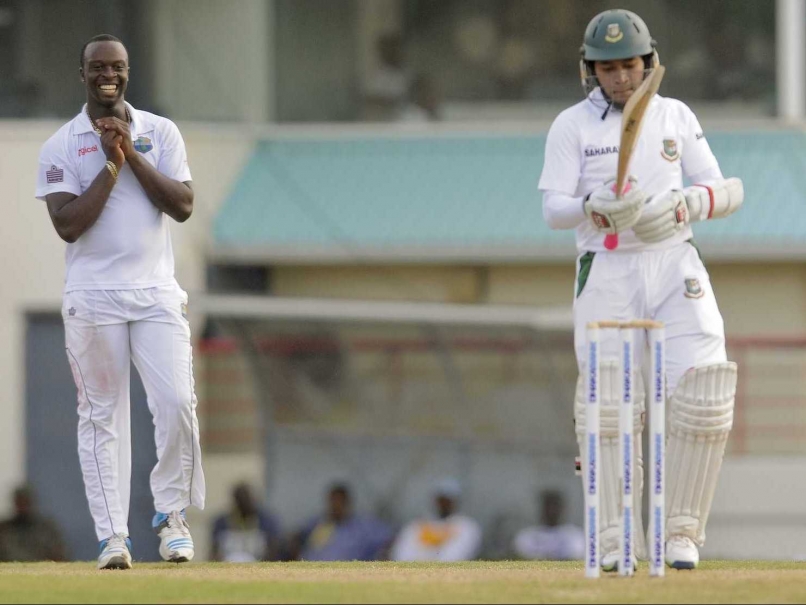 In their first innings of this Test at the R. Premadasa Stadium, Bangladesh were healthily placed at 155/2. However, it all went downhill from thereon – they were bundled out for 188, and then saw the hosts pile up 370/9. Needing 183 to avoid an innings defeat, the Tigers, thanks to Muralitharan’s 6/18, imploded for just 86, with the match getting over before lunch on the third day. No batsman crossed 15 runs.

Bangladesh’s biggest Test defeat came at the Bangabandhu National Stadium, in what was their first Test against the West Indies. Trailing by a mammoth 397 on the first innings, Bangladesh were struggling at 80/3, when Jamaican fast bowler Jermaine Lawson decided to play destroyer. Lawson produced a sensational spell of 6/3, the most economical six-wicket haul in Tests, to skittle the hosts out for 87.

Bangladesh’s brittle batting was exposed on the first day of the three-Test series, as they capitulated against Muralitharan (5/15) and fast bowler Dilhara Fernando (3/33) to be rolled over for 89 at the Sinhalese Sports Club. To add to the agony, Sri Lanka amassed 577/6 (four batsmen scored hundreds) and went on to win by an innings and 234 runs. Not surprisingly, Sri Lanka cruised to a 3-0 series triumph.