Pakistan’s  15th Test series in England, a short two-match affair that gives them little room for slip-ups, is underway. Over the years, Pakistan have been among the better performing sides when it comes to touring England – they have won three series, consecutively in 1987, 1992 and 1996 – and lost seven. Among the four drawn series is the one in 2016, which finished 2-2.

As the much-awaited battle commences, here is a look back, in chronological order, at the instances of a Pakistani batsman scoring a double century in a Test in England. There have been seven such innings from six batsmen so far, with Zaheer Abbas having the unique distinction of achieving the feat twice.

Pakistan began the three-Test series strongly, declaring their first innings at 608/7, then their highest Test total against England. Abbas, batting at number three, shared in a second-wicket stand of 291 with Mushtaq Mohammad (100) to run the English bowlers ragged. ‘Zed’ was fourth out at 456, after having batted for more than nine hours, facing 467 deliveries and hitting 38 fours.

Abbas became the second Pakistani batsman, after Hanif Mohammad, to score two Test double centuries. In what was a high-scoring draw, Pakistan rode on Abbas’ effort before declaring at 600/7. As was the case with his 1971 knock, the bespectacled number three occupied the crease for over nine hours. He faced 410 balls and hit 22 fours, before being the sixth man out at 550.

Pakistan levelled the three-match series with a ten-wicket win, made possible by Mohsin’s career-best score that helped them reach 428/8. Opening the innings, Mohsin put on 144 with Mansoor Akhtar for the second wicket, and 153 with Zaheer Abbas for the fourth. He hit 23 fours in his 386-ball effort, which saw him bat for eight and a quarter hours before being sixth out at 380.

Miandad became Pakistan’s fourth double centurion in England with an epic that took his team to their then highest Test total of 708. The ‘Karachi streetfighter’ came in at 45/2, and proceeded to bat for 617 minutes, facing 521 balls and hitting 28 fours and a six, before being fifth out at 573. The hosts held on for a draw after following on, but Pakistan won the series (their first in England) 1-0. 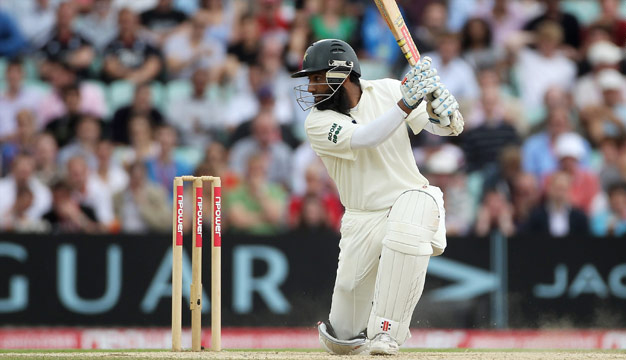 Mohammad Yousuf scored a memorable 202 in the 2006 Lord’s Test, which went a long way in steering Pakistan to safety (source – Getty Images)

Sohail converted his first Test ton into a double, in what was only his third Test. This also remained as his best first-class score. Sohail shared in century stands for the first three wickets, with Rameez Raja, Asif Mujtaba and Javed Miandad respectively. He put the English attack to sword until he was third out at 378. He faced only 284 balls during his 343-minute stay, hitting 32 fours.

Pakistan were 28/2 in reply to England’s 528 when Yousuf  came in to bat. The score further nosedived to 68/4, but Yousuf remained undeterred –  he went on to produce one of the finest double hundreds seen at the Mecca. His 330-ball innings consumed 468 balls and was studded with 26 fours and a six. He was the last man out at 445, and his performance went a long way in ensuring a draw.

The game was in the balance when Pakistan were 127/3 in reply to England’s 328. However, Younis came in and swung the contest in Pakistan’s favour in the course of his 308-ball stay that took seven and a half hours, and included 31 fours and four sixes. He was ninth out at 531 – his innings gave Pakistan a lead of 314, and eventually a ten-wicket victory that squared the series 2-2.