Presenting The Cricket Cauldron’s weekly wrap-up on the latest happenings on the African Associate cricket scene.

Rwanda all set to host Zambia

The picturesque Gahanga International Cricket Stadium in Kigali is set to witness T20 action, as hosts Rwanda prepare to take on Zambia in a five-match series starting from May 18. The three-day series will see two games on each of the first  two days, while the final game will be played on May 20, preceded by a Kigali tour for the Zambian team and succeeded by an awards dinner.

The Gahanga Stadium was launched as the new home of Rwandan cricket last October, and is slated to host the Eastern African Sub-Regional Qualifier of the ICC World T20 in July, a tournament that will feature Kenya, Tanzania and Uganda besides the hosts. The T20 series against Zambia will provide Rwanda with a good opportunity to gauge their best combination ahead of the Qualifier.

Rwanda’s preparations for the crucial 2020 ICC World T20 Eastern African Sub-Regional Qualifier (Africa Qualifier B) began in right earnest, as they commenced intensive training sessions under the able guidance of their newly-appointed head coach, former Kenyan international Martin Suji. Rwanda will host the Qualifier, to be held from July 7 to 14.

The top two finishers from the four-nation tournament will progress to the six-team Africa Regional finals to be held next year, and thus, will also be in line to make their official T20 international debuts. The Rwanda Cricket Association (RCA) named a 21-man provisional squad, which will later be pruned to 16, for the tournament. The provisional squad is as follows:

The RCA also announced a 16-woman squad for the upcoming Genocide Memorial Tournament, which will be played between Rwanda, Kenya and Uganda from June 7 to 9. The final squad is expected to be of 14 players, and will be coached by Joshua Mwanja. This will be the fifth edition of the tournament, played as a tribute to the victims of the 1994 Rwandan genocide. 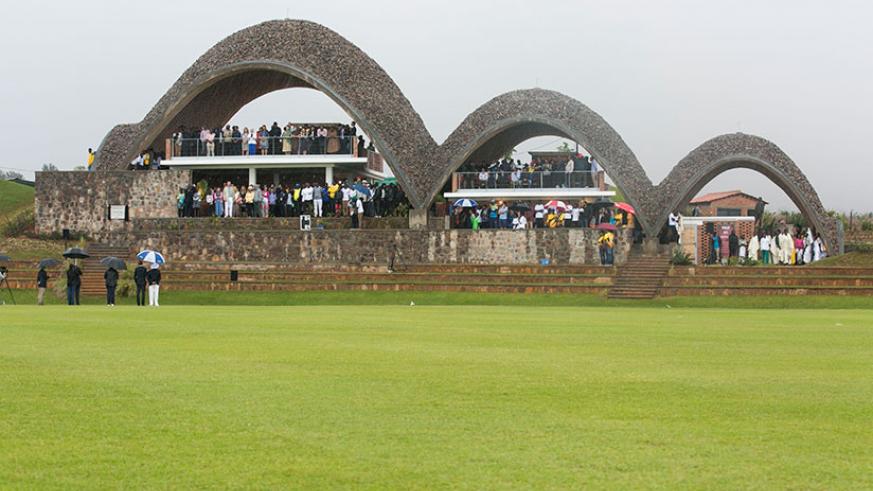 The picturesque Gahanga Cricket Stadium in Kigali will play host to a five-match T20 series between Rwanda and Zambia, from May 18-20 (source – newtimes.co.rw)

Former Kenyan all-rounder Thomas Odoyo, who stepped down as Kenya’s coach in February, accused the Cricket Kenya Interim Committee of withholding his dues, saying that he is owed three months’ salary worth 400,000 shillings. He added that he has not received any communication in this regard. Odoyo had resigned after Kenya’s debacle at the World Cricket League Division Two in Namibia.

Controversy in Uganda over renting of Lugogo Oval

Friction developed between the Uganda Cricket Association (UCA) and the country’s National Council of Sports (NCS), after the latter decided to rent the Lugogo Oval in Kampala for prayer meetings by Zoe Fellowship Ministries, a religious organisation, every Tuesday for the next two years. This move has understandably peeved the Ugandan cricket fraternity.

Bashir Ansasiira, chairman of the UCA, opined that it is completely unacceptable to have such activities on a cricket pitch. Disappointingly, this controversy comes on the heels of Uganda’s recent successful double, with the men’s team triumphing at the World Cricket League Division Four in Malaysia and the women’s team winning the four-nation Women’s T20 Challenge in Zimbabwe.

Thinking differently and boldly: the focus at the ICC Africa Regional Conference

In its media release on the recently-concluded Africa Regional Conference in Nairobi, the International Cricket Council (ICC) stated that a number of sessions were focused on 2018 growth plans, fostering collaborative working and contributing to the ongoing development of a global strategy for the game with a particular emphasis on peer-to-peer learning being a feature of this year’s conference.

ICC Regional Development Manager – Africa, Patricia Kambarami, said: “I am very proud to have seen a number of improvements in participation, especially on the women’s side in the past year and a half. There have been many exciting strides made, but there is still work to do. As Africa, we want to see all Members grow, be stronger and more competitive. We are individuals as countries, but our goal is the same.”

ICC General Manager – Development, William Glenwright, added: “This is the second regional conference of the year, and it was a hugely important and productive four days. The focused investment in all Members is crucial to drive the future of the game and the growth of the global cricket community. The African region has so much potential with incredible stories from all Members being shared from Rwanda to Nigeria.”