Not for the first time, Nepal go into an ICC tournament with a few million hopes riding on them. There will be a lot at stake when Paras Khadka’s men take the field against hosts Namibia at Windhoek’s Affies Park in their opening game of the World Cricket League Division Two on Thursday. After all, only the top two from the six-team tournament will make it to the World Cup Qualifier.

Nepal’s List A form going into the tournament has been uninspiring. In their final WCL Championship round in Dubai in December, they were soundly beaten in both the games by the United Arab Emirates, against whom they will face off again in Namibia next week. More often than not, ordinary batting performances have proved to be the bane for Nepal, something they would do well to rectify.

It is not uncommon to see the Nepalese batting unravel early in the innings, and by the time there is a semblance of a repair job, it is generally too late for them to muster a competitive total. This tendency to implode, coupled with the inability to force the tempo in the middle and slog overs, has invariably put pressure on Nepal’s bowlers to restrict the opposition to a reasonably attainable total.

The numbers patently reflect Nepal’s batting woes. In their 28 List A matches dating back to 2013-14, not once have Nepal breached the 250-run mark, and there have been only two individual centuries from their batsmen. Even at their memorable 2014 World Twenty20 outing, Nepal’s two wins, against Hong Kong and Afghanistan, were made possible primarily due to sprightly bowling. 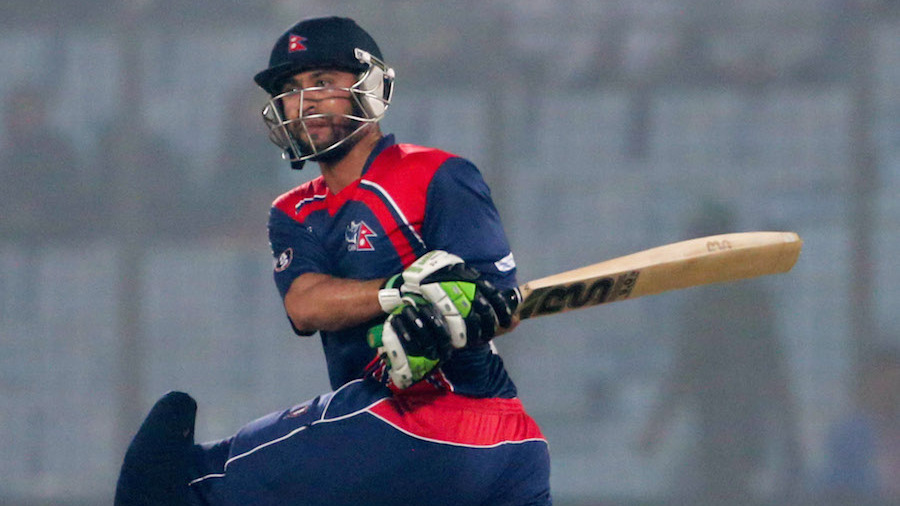 Nepal’s over-dependence on their bowling was glaringly underlined in the second of the two aforesaid WCL Championship games against the UAE. A splendid spell of 5/27 from the promising paceman Sompal Kami helped bowl the UAE out for 195, but Nepal’s hopes of finishing the tournament with a win were put paid to by yet another botchy batting display, leading to a tame 63-run defeat.

A week prior to the twin defeats to the UAE, Nepal suffered the ignominy of being shot out for 89 in a 50-over game at Abu Dhabi against the United States of America, who are currently placed in Division Three. The top and middle order – five of the top six on that day are part of the squad in Namibia – had no answer to the medium pace of Japen Patel as the score slid to a pitiful 40/5.

The batting has been an area of concern for Nepal for quite some time now, but there cannot be a better platform than the upcoming WCL Division Two to set the record straight. Opener Gyanendra Malla and Khadka, two lynchpins of the batting line-up, have good memories of Namibia – they logged 236 and 185 runs respectively at the previous WCL Division Two played there in 2014-15.

Another batsman who will shoulder a bulk of the responsibility is Sharad Vesawkar, who was the leading run-scorer for Nepal at the 2015-17 WCL Championship, scoring 415 runs at 51.87. Khadka and Malla were not too far behind either, with 408 and 394 runs respectively. A lot will depend upon this triumvirate if Nepal are to produce a much more improved showing with the bat.

Nepal played a three-match warm-up series against UAE ‘A’ at Dubai last week, which they won 2-1. The second game witnessed a huge total of 333/5 from Nepal, with Malla scoring 154 and sharing in an opening stand of 142 with the 20-year-old Dilip Nath (64). However, inconsistency bogged Nepal again as they failed to chase down 216 in the final game, getting bowled out for 151. 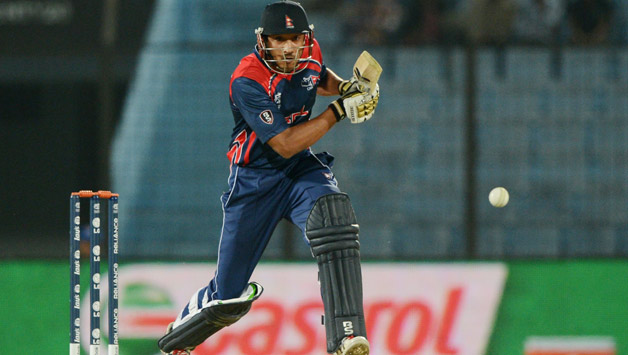 Few cricketing nations can boast of a more passionate fan-base than Nepal’s. Crowds in excess of 15,000 are a common sight at domestic matches, and thanks to social media, national cricketers are at times subjected to levels of scrutiny not reserved for players from most Test sides. This makes it all the more essential for the Nepalese batsmen to pull their socks up and aim for consistency.

Nepal can take immense inspiration from the fact that they have beaten the Netherlands and Hong Kong – two teams that have already sealed a spot at the World Cup Qualifier – away from home in the past 18 months. Furthermore, they have won all three List A matches against Namibia so far – something that augurs well for them as they look to start on a winning note in Windhoek.

The recent IPL auction saw Delhi Daredevils pouch 17-year-old Nepalese leg-spinner Sandeep Lamichhane for US$31,000, creating a flutter in the Associate world. While it is a significant deal for the youngster, its impact will be tellingly felt only if the national team moves up the international ladder. Much to our chagrin, we have often seen Nepal’s Under-19 talents struggle at the senior level.

Of late, Nepal has also seen positivity on the administrative front. An ICC delegation recently visited Kathmandu to review progress on the new constitution of the controversy-ridden Cricket Association of Nepal (CAN). The CAN was suspended by the ICC last year due to government interference, again exposing the officials’ ineptitude that has hampered Nepalese cricket for years.

Here’s hoping that Lamichhane’s recognition and the potential reinstatement of CAN as a member of the ICC are signs of better things to come for Nepalese cricket. A top-two finish in Namibia will be a massive shot in the arm, as plum fixtures against the likes of the West Indies and Zimbabwe will then beckon in March. For that to happen, Nepal’s wobbly willow-wielders need to rise and deliver.