Newly-elevated full member nation Afghanistan ended their last ICC Intercontinental Cup as deserving champions, finishing unbeaten with 121 points, 12 clear of Ireland, their fellow new entrants into Test cricket. Here is a look back at a few key numbers from the tournament, which began in May 2015 and spanned over 30 months.

This was the second time Afghanistan won the Intercontinental Cup, having first won in 2009-10. They have the best win/loss ratio in the tournament’s history, boasting of a record of 17 wins and one defeat in 22 matches. Their only defeat came at the hands of Ireland in the final of the 2011-13 edition. Ireland have won the most number of titles (four).

The tournament saw seven totals of more than 500, of which Ireland’s 570/6d against Namibia at Windhoek in October 2015 was the highest. Replying to the hosts’ 251, the defending champions rode on a mammoth third-wicket stand worth 326 between captain William Porterfield (186) and veteran Ed Joyce (205) at nearly five runs an over. Ireland won by an innings and 107 runs.

The recently-concluded final round saw Papua New Guinea capitulate for 82 in the second innings against Hong Kong at Dubai. Trailing by 111 on the first innings, the Barramundis surrendered meekly on the third day, losing all ten wickets for only 58 runs. The innings defeat ensured that Papua New Guinea finished second from bottom on the points table, despite a promising start. 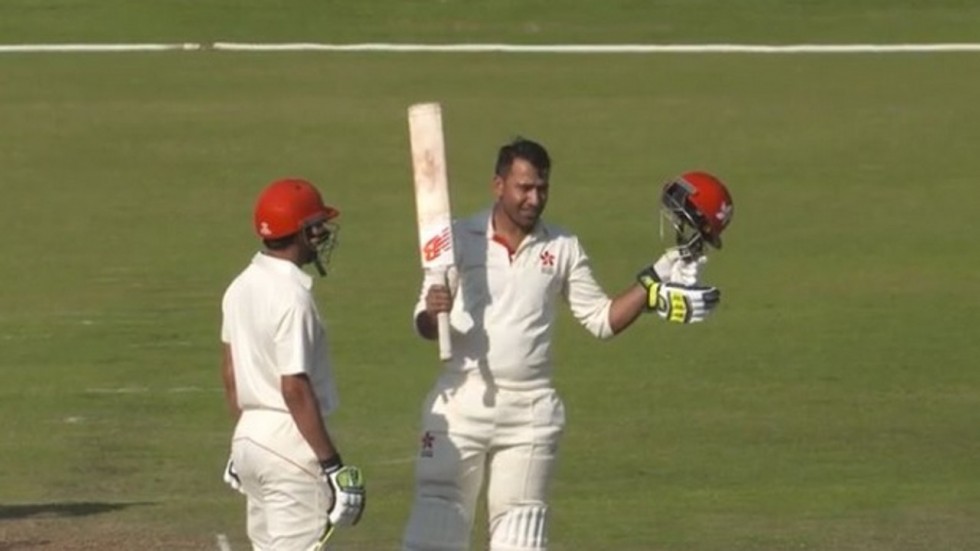 Hong Kong captain Babar Hayat edged out Ireland’s Ed Joyce and Papua New Guinea skipper Assad Vala (both of whom scored exactly 700 runs each) to finish as the highest run-getter in the tournament. He tallied 712 runs from 11 innings at 71.20, including three tons. The feather on the cap was a match-winning 214* against Papua New Guinea in the last round, as his team finished a creditable fourth.

The highest individual score of the tournament was seen in the first round itself. After the UAE elected to field first at Dublin, Ed Joyce batted them out of the match with a blitzing 231 from 232 balls, lit with 29 fours and three sixes. This was the first of his two double hundreds in the tournament, and it enabled Ireland to reach a total of 492, and eventually, a facile win by an innings and 26 runs.

UAE’s slow left-arm orthodox bowler Ahmed Raza was the highest wicket-taker of the tournament, by a slender margin of one wicket. Raza collected 32 wickets from his six games at 21.31, with his best effort of 6/61 coming against Namibia at Windhoek in September 2017. Closely following him was the talented teenage Afghan chinaman bowler Zahir Khan, with 31 wickets at just 11.74 each.

Best bowling figures in an innings

There were five six-wicket hauls recorded in the tournament, but no seven-wicket haul. The best of them came in a losing cause; 6/29 by the Netherlands’ Tim van der Gugten against Papua New Guinea at Amstelveen in June 2015. These figures handed a first-innings lead of 81 to the Dutch, but the match ended in Papua New Guinea’s favour after they chased down 305 to win by five wickets. 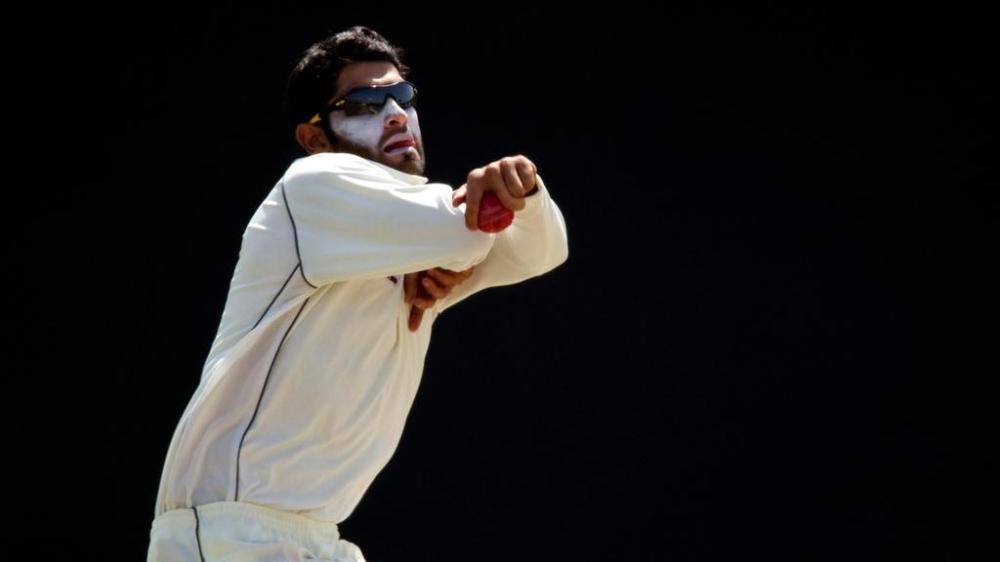 UAE’s slow left-armer Ahmed Raza finished as the highest wicket-taker of the tournament, with a tally of 32 scalps (source – thenational.ae)

Best bowling figures in a match

The only ten-wicket haul in the tournament belonged to Namibian slow left-arm orthodox bowler Bernard Scholtz, who bowled his heart out to claim 11/170 from 50 overs at Port Moresby in October 2016, but could not prevent a 199-run defeat for his side. Scholtz took 5/105 in the first innings, and followed it up with 6/65 in the second. It was poor batting that cost Namibia the match.

Afghanistan (465/5d) notched the biggest win of the tournament, trouncing Hong Kong (142 and 150) by an innings and 173 runs at Mong Kok in October 2017. The lopsidedness of the match, which got over in two days, was evident from the fact that Hong Kong lasted a combined 86.4 overs across both their innings. Afghanistan had also beaten Ireland by an innings and 172 runs in March 2017.

Highest partnership for any wicket

Irish captain William Porterfield joined forces with Ed Joyce to share the only partnership in excess of 300 in the tournament. The pair came together at 35/1 in Ireland’s first innings against Namibia at Windhoek in October 2015, and went on to add 326 at nearly five an over before Joyce was dismissed for 205 in just 201 balls. Porterfield played the sheet anchor role, scoring 186 from 325 balls.

Most catches and most dismissals

Netherlands captain Peter Borren was the standout fieldsman in the tournament, pouching 14 catches, six more than anyone else. The wicketkeeper with the most number of dismissals was Ireland’s Niall O’Brien, with a total of 18 (14 catches and four stumpings).