Neil Wagner’s brilliant return of 7/39 on the opening day of the first Test against the West Indies at the Basin Reserve propelled him to the fourth position in the list of New Zealanders with the best bowling figures in a Test innings. Here are the top five.

The legendary Richard Hadlee conjured one of the great spells to pave the way for New Zealand’s first Test win in Australia. Hadlee’s 9/52 – the best by any bowler in a Test on Australian soil – skittled the hosts out for 179 in the first innings, and he followed it up with 6/71 in the second innings as New Zealand romped home by an innings ans 41 runs. His 15/123 is a New Zealand record as well.

Nearly a decade prior to his Brisbane special, a 24-year-old Hadlee destroyed India with a new national record for the best Test figures, obliterating the previous mark of 7/74 set by Bruce Taylor at Bridgetown in 1971-72. Trailing by 114 on the first innings, India subsided from 62/2 to 81 all out to crash to defeat by an innings and 33 runs. This win enabled New Zealand to draw the series 1-1.

Chris Cairns turned what was an extraordinary Test match towards New Zealand with a career-best bowling display. With his team gaining a first-innings lead of 28, Cairns cut through the West Indian batting line-up in the second innings, rolling them over for 97 to set up a nine-wicket win. He also took 3/73 in the first innings, as the visitors remarkably collapsed from 276/0 to 365 all out. 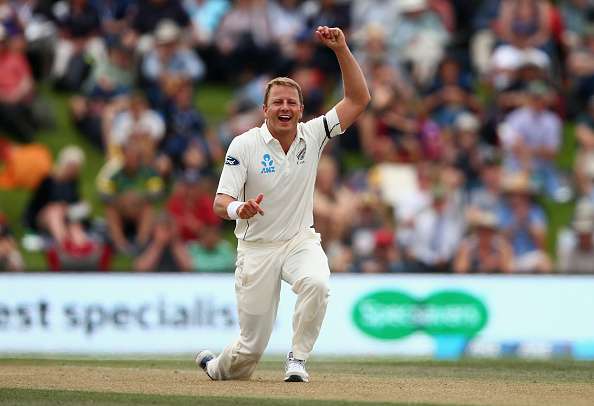 The workhorse Neil Wagner produced a fine exhibition of short-pitched bowling to induce a West Indian implosion on the first day. The West Indies had ambled to 59/0 when Wagner provided the breakthrough by removing Kraigg Brathwaite. Since then, he did not look back and went on to decimate the opposition that folded for a paltry total of 134, losing all ten wickets for 75 in just 24 overs.

An opening-day burst by Chris Pringle, playing in only his third Test, could not prevent Pakistan from securing a 3-0 whitewash. Pringle gave his side hope of a consolation win as he helped bundle Pakistan out for 102 in the first innings. However, the Test turned around in the second innings, and despite Pringle returning match figures of 11/152, ended in a 65-run loss for New Zealand.