The newly-conceptualised ICC Women’s ODI Championship, which commenced on 21st August with matches at Brisbane and Scarborough, is a positive development in the women’s game. This event will serve as the qualifiers for the 2017 World Cup.

The top eight ODI teams will play each other either at home or away in series of three ODIs each in the next two-and-a-half years, all of which will be counted towards the final league table. The top four teams will secure direct qualification to the 2017 World Cup, while the bottom four will undergo another qualifying tournament along with the lower-ranked nations. The 2017 event is slated to be held in England.

It is a fact that the limited-overs game is the most viable format as far as women’s cricket is concerned. Since 2000, a mere 27 Women’s Tests have been played, which indicates that the five-day game is almost non-existent on the women’s circuit. Thus, it becomes all the more important to nurture the 50-overs format, and the Women’s Championship can prove to be a much-needed boost to women’s cricket.

On the first day of the Championship, Australia scored a four-wicket win over Pakistan at Brisbane’s Peter Burge Oval while England, riding on Heather Knight’s all-round performance, prevailed by 42 runs under the D/L method against India at the North Marine Ground in Scarborough in their respective opening matches. In the next two months, West Indies will host New Zealand while Sri Lanka will host South Africa to complete the first of seven rounds. 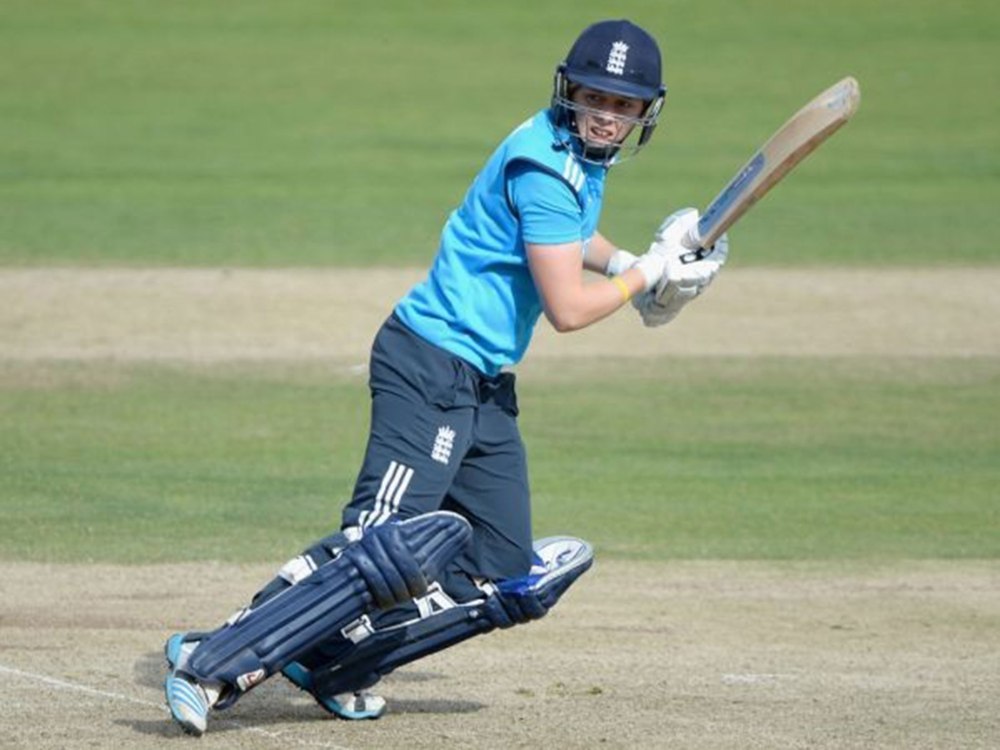 The 2013 Women’s World Cup suggested that the competition in the 50-overs format is growing. In that tournament hosted by India, Australia were crowned champions after they defeated the West Indies in the final. It was a great achievement by the West Indians to enter the final, underlining the steady progress they have made in recent times. Another path-breaking story of that tournament was the performance of Sri Lanka, who recorded maiden wins over heavyweights England and India. It is good to see such teams challenge the traditional big four of England, Australia, New Zealand and India.

England and India will play their third ODI at Lord’s on 25th August and that will no doubt be a great occasion for all the women involved in that game. The concept of the league structure and thus an equal opportunity to all the eight teams makes this Championship one of the most meaningful limited-overs tournaments in recent times. “It is great that the ICC is supporting a stronger structure for the game leading into the ICC Women’s World Cup 2017”, said Mithali Raj, India’s veteran captain, echoing the sentiments of many other women cricketers.

Surely, each and every game will be relevant as the eight teams battle it out for World Cup qualification. At the end of it all, the consistent teams will be rightfully rewarded. On the other hand, the men’s World Cup does not stipulate any qualification criteria for the full members – who all gain automatic qualification due to their ‘status’.

As a result, we see a plethora of pointless men’s one-day internationals played year after year, and the glut is only set to increase in the next few months as the 2015 World Cup approaches. Will it not be more sensible to have a qualification process for all the teams for the men’s World Cup as well? This will also make ODI cricket more keenly-awaited. But unfortunately, that is unlikely to happen as the 2019 World Cup is proposed to have only ten teams – ludicrous indeed.

So who will be the players to watch out for in the Women’s Championship? As always, Australia and England start as favourites to top the table. The Southern Stars, led by the impressive Meg Lanning, may have come second-best in the Women’s Ashes last season, but they do hold an edge over England when it comes to multi-nation tournaments. Besides Lanning, who bats at number three, the other players expected to shine include middle-order batswoman Jess Cameron (who struck 58* in the opening game against Pakistan), star all-rounder Ellyse Perry and pace bowler Rene Farrell.

Stefanie Taylor, the world’s leading woman all-rounder, will be the key to West Indies’ chances of finishing in the top four in the Women’s Championship (source – zimbio.com

England’s charge will be lead by the experienced batting duo of skipper Charlotte Edwards and Sarah Taylor, not to mention Katherine Brunt, Anya Shrubsole and Jenny Gunn – three potent pace bowlers. In Mithali Raj, India have the world’s highest-ranked batswoman and she will be supported in the top-order by youngsters Smriti Mandhana and Thirush Kamini. Jhulan Gosawmi will lead the bowling attack. Pakistan’s all-rounder captain Sana Mir is the pivot of her inconsistent team, but young batswoman Bismah Maroof is an upcoming talent too.

New Zealand captain Suzie Bates is another top performer with the bat and will be key for the White Ferns along with pacer Sian Ruck and all-rounder Nicola Browne. The West Indies possess some exciting talent and have a great chance of finishing in the top four ahead of one of the more-fancied teams. In Stefanie Taylor, they have perhaps the best all-round women cricketer in the world today. The hard-hitting Deandra Dottin and spin bowler Anisa Mohammed are impressive as well.

Sri Lanka surprised many with their showing in the 2013 World Cup, but it will be tough to replicate that in the Championship. Attacking batswoman Eshani Kaushalya will be expected to perform for them. South Africa too are bogged by inconsistency, but the likes of wicketkeeper Trisha Chetty and leg-spinner Dane van Niekerk are capable of dishing out strong  individual performances.

As the tournament goes on, it is likely that some unknown names too begin to establish themselves as reliable performers for their respective teams. It is unfortunate that the games are not being televised in most of the nations. Hopefully, at some stage, broadcasters will take note.

The ICC has shown admirable foresight in initiating the Championship – one of the few good decisions taken by the game’s governing body since the controversial changes to its administrative structure.