As Ireland continues with its struggle to break the ICC glass ceiling in order to attain Test status, it is pertinent to note that the Irish team’s very first win over a Test nation came way back in 1904.

When one talks of great Irish wins, Sion Mills, 1969; Kingston, 2007 and Bangalore, 2011 are sure to crop up. But much before these landmarks, the College Park in Dublin – the home ground of Dublin University – played host to a historic  win.

Unfortunately this match was not accorded first-class status, as Ireland were an absolutely amateur side then. Which makes the feat all the more remarkable. South Africa toured England in 1907 for their first Test series there, but three years prior to that, a tour consisting of first-class matches was arranged.

Truth be told, South Africa were an extremely raw Test side at that time – without a single win – but in 1905-06, they would go on to record a famous 4-1 drubbing of England at home. 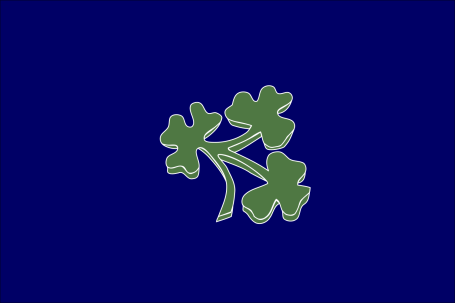 The South Africans came into the game against Ireland riding on a streak of six undefeated games since their loss to Worcestershire, and in their latest game, they had thrashed W.G Grace’s London County by ten wickets. The tourists’ main stars were the opening pair of Louis Tancred and James Sinclair, all-rounder Sibley Snooke and the versatile bowler Reginald Schwarz.

The match was a three-day affair, played between 30th June and 2nd July. Due to damp conditions, play did not start until 4 p.m on the first day. Batting first, Ireland found out why Schwarz was touted as one of the best players in the touring party as he picked up 5/65 to consign the hosts to 160 all out in 55.4 overs.

Leg-break bowler Gordon White chipped in with 3/14. Ireland’s wicketkeeper Frank Browning top-scored with a crucial 40 from number seven to give the innings some much-needed meat while opener Andrew Comyn laid the platform with a sedate 32.

On a sticky track, this total was a very good effort and Ireland’s bowlers showed the visitors during the latter’s reply on how to make the most of it. The right-arm off-break bowler Thomas ‘Tom’ Ross proceeded to rip through the South Africans with a stunning display of bowling.

Ross picked up all but one wicket, finishing with outstanding figures of 17.5-6-28-9. The entire team collapsed for a paltry 64 in 35.5 overs, with only Frank Mitchell (25) managing double figures. Ross’ fellow spinner William Harrington took the remaining wicket. The lead was a invaluable 96 runs.

Indeed, the pitch had become a slow bowler’s delight and the ball was now in the South Africans’ court to restrict the hosts in the second innings and ensure a manageable target. However, the Irish batsmen proved yet again that they were better accustomed than their counterparts on that pitch, ending their second innings on 135 in 39.1 overs.

Just as in the first innings, Schwarz (3/23) and White (4/27) were the performers for the South Africans, but they were thwarted well by Browning again. The gutsy wicket-keeper top-scored for the second time in the match, scoring 31.

He was aided by Septimus Lambert (27) and Harry Corley (28) as the trio rescued the innings after another worrying start. The target for the South Africans was a big challenge and Ireland were firm favourites as the fourth innings commenced.

If the visitors wanted to make a match out of it, their dependable openers Tancred and Sinclair had to no doubt provide a promising start. However, both of them got out for ducks to Harrington, giving the innings a woeful start. From that point on, the South Africans lost their appetite for a fight and the wickets tumbled one by one.

Mitchell (21), White (30) and Snooke (25) were the ones who tried their best to get the score anywhere close to the target, but the bowlers, Harrington (5/66) in particular, were too good for them. Ross took 2/36 to give himself 11/64 in the match, while EJ Donovan and Gus Kelly – who was the opener Comyn’s brother-in-law – shared the remaining three wickets.

The South Africans were bowled out for 138 in 44.2 overs, a much better showing than their first innings but not enough to deny the jubilant Irishmen, who won by a comfortable 93 runs.

As it happened, this turned out to be one of only three defeats for the South Africans on the tour, sandwiched between the aforementioned defeat to Worcestershire and another one against Kent in late August. Worcestershire and Kent were full-fledged counties and the matches against them had proper first-class status.

Whereas Ireland were nothing more than a bunch of greenhorn amateurs, who were only too glad to face a national team filled with Test cricketers. Imagine then, what must have been the satisfaction when the historic win was completed.

Each of these few victories in the days before Ireland attained full international status were path-breaking in their own way, of which College Park, 1904 remains the original watershed moment.