For quite some time now, young Cheteshwar Pujara from Saurashtra has been staking claim to be the future number three in the Indian Test line-up. He averages 55 in first-class cricket and has a penchant for making huge scores while showing great amount of patience – a rarity in today’s crash-bang-wallop hitting culture.

There is even more reason for India to make him the new permanent number three, as questions have been raised as to who would be the most apt replacement for the legendary Rahul Dravid, who retired from the game in March this year.

Dravid cannot be replaced, that is a given. But Pujara is a worthy candidate for future greatness, if he stays away from recurring injuries. The 24-year-old has so far played only three Tests and no one-dayers, but scored a mature 72 in a series-clinching chase on Test debut at Bangalore against Australia in October 2010.

The fact that he has not been able to find a place in the limited-overs scheme of things is actually a blessing for India’s Test future, which currently seems to be in doldrums.

India play ten home Tests and none abroad this season, with New Zealand coming up first in as early as August. For sure, Pujara will be tested, what with England and Australia travelling later in the season. 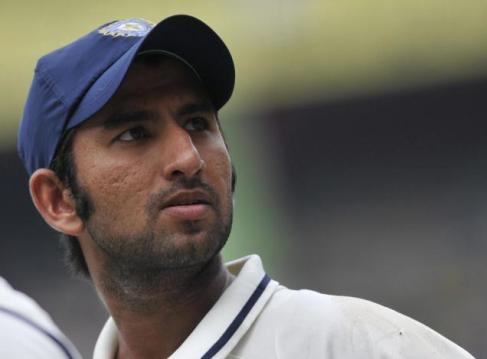 But the real acid test will be performing overseas, and India do not play an overseas Test until late 2013. However, just yesterday, Pujara displayed Dravid-like grit as he put in a captain’s performance to steer India ‘A’ to a thrilling victory over West Indies ‘A’ in the first unofficial Test at Bridgetown.

Pujara scored an unbeaten 96, and found a willing ally in seamer Shami Ahmed, as the duo put on 73 for the ninth wicket to ensure a two-wicket win. The visitors were down for the count at 115/8 in pursuit of 186 before Pujara stamped his class and showed great application in batting with a tail-ender. In the first innings too, he scored a classy 50.

India badly needs classical Test batsmen if they are to work their way up the ladder following the twin Test disasters in England and Australia overseas last season. It would be interesting to see whether VVS Laxman will be picked for the New Zealand series, although I have a gut feeling that the selectors will continue to put faith in him.

There also is Virat Kohli, India’s new middle-order star, who like Pujara is tipped to be a future batting hope as the Indian team enters a transitional stage. A back-from-illness Yuvraj Singh might just be able to resurrect his fledgling Test career, while Rohit Sharma frustratingly continues to wait in the wings.

Of them all, Pujara fits the bill the most, and if he stays consistent, he has a long and immensely successful career awaiting him.